Till the last breath of his life, Basti Vaman Shenoy dedicated himself to the preservation and promotion Konkani language, literature, art, and culture of the Konkani-speaking people. It earned him the title of Vishwa Konkani Sardar.

Basti Vaman Shenoy was born on 6 November 1934 in Bantwal a small trading town on the banks of River Netravathi in Dakshina Kannada. His father, Madhav Shenoy, popularly known as Motra (Motor) Madhav, was a booking agent of a well-known bus service in Mangalore.

Shenoy passed out of Tenth Standard (SSLC) in 1952 from the SVS High School in Bantwal. He wanted to pursue higher education and become a teacher but due to his family conditions, he had to leave school and join his father to help in his business. When his father died in 1957 with this the responsibility of the family fell on the shoulders. He married Savithri in 1959.

On the political front, Shenoy was involved in the Indian National Congress and its trade union wing INTUC activities in Bantwal between 1954 and 1962.  Shenoy was instrumental in founding Saraswathi Kala Prasarak Sangh and Saraswathi Sangeeth Shala Bantwal in 1958. He was also an active member of Yashvanth Vyayam Shala and took part in Konkani dramas and theatrical activities during festivities in Bantwal.

In 1977 he became the correspondent of SVS Schools in Bantwal. During this term, he constructed a new building block for School Library. Basti Vaman Shenoy became the President of Yashavanth Vyayam Shala in Bantwal in 1980. He took initiative to revive the traditional “Malla Khamb” (Indian gymnastics)

Former Union Minister T. A. Pai liked the leadership qualities and enthusiasm of young Shenoy and asked him to join his bank in 1962. Beginning as a clerk, he was soon promoted to Officer. He won many laurels for his outstanding performance in rural banking, deposit mobilisation, and Agricultural Finance.

Shenoy organised the successful First World Konkani Convention in Mangaluru in 1995. The seven-day convention has seminars, cultural presentations, and an exhibition. It was at this convention that a mandate was given to establish World Konkani Centre in Mangaluru for the preservation and promotion of  the Konkani language, art, and culture.

In 1996, Shenoy inaugurated the First North American Konkani Convention in New Jersey, United States. He toured North American Cities promoting the cause of Konkani during his visit.

In 1997 Shenoy became the president of Karnataka Konkani Sahitya Academy and served for two terms till 2001. He initiated efforts to introduce Konkani in the Schools of Karnataka as the optional third Language. During his tenure, the Academy produced “Konkani Samanthar Shabdakosh”, a series of books on stalwarts of Konkani Community “Konkani Mahamanest Pustakmala” and a volume on showcasing the rich Konkani Art form of Kavi Murals.

In 2002, he organised the 20th Convention of All India Konkani Parishad in Mangaluru. In 2004, he became the president of All India Konkani Parishad. In 2008, under the banner of the Karnataka Language and Cultural Foundation, Shenoy initiated Vishwa Konkani Abhiyan aimed at creating an opportunity of interaction between Konkani Writers and Scholars with their counterparts in other languages of the country. Scholars from Punjabi, Hindi, Persian, Urdu, Kannada, and Konkani Languages participated in the seminar ‘Integration through Languages’.

In 2009, World Konkani Centre at Shaktinagar, Mangaluru was inaugurated. It consists of a library, a museum, and convention facilities such as a board room, seminar hall, and auditorium.  The Centre became Shenoy’s second home.

“The most thrilling and the most visually commanding task Basti undertook with such unparalleled success is setting up the World Konkani Centre built on a three- acre plot at Shaktinagar, Mangalore. It is a masterstroke. What has struck me in all these years has been Vamanbab’s humility”, the late journalist M V Kamath had remarked

In 2010, Vishwa Konkani Bhasha Samsthan (World Institute of Konkani Language) and World Konkani Hall of Fame were inaugurated at World Konkani Centre. In the same year, he won the Karnataka ` Rajyotsava Award-2010’ from the government of Karnataka for Konkani literature and other activities.

His social commitment was not restricted to the Konkani language alone. He was revered by people of all communities, who affectionately called him Basti-Mam (Basti uncle). He organised a mass Rotary free eye operation camps and dental camps in and around Bantwal, his birthplace. For this effort, he received the first International special significant award from Rotary International in 1974.

In 1974 villages on the banks of river Netravati in Bantwal Taluk got submerged in the flood. Shenoy took initiative in setting up several relief camps in the Taluk and supported the industry and trade activities by refinancing the traders through his bank branch.

The awards recognise outstanding contributions by Konkani-speaking individuals or organisations managed by Konkani speakers, in the field of education, governance, social service, health care, science, journalism, literature (non-Konkani), performing arts, humanities, industry, commerce, or sports, among others.  The awards carry a cash prize of Rs 1 lakh and a citation 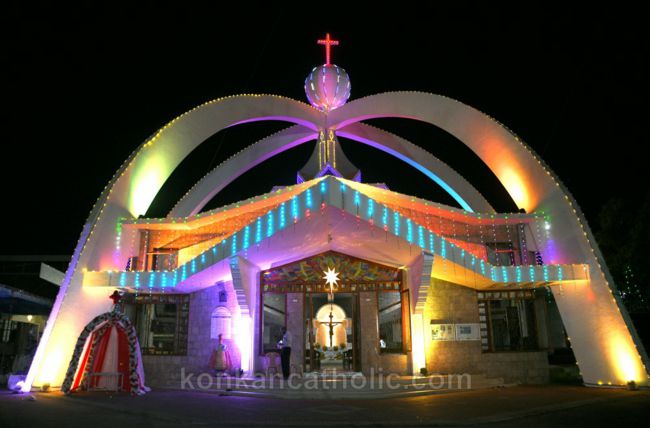 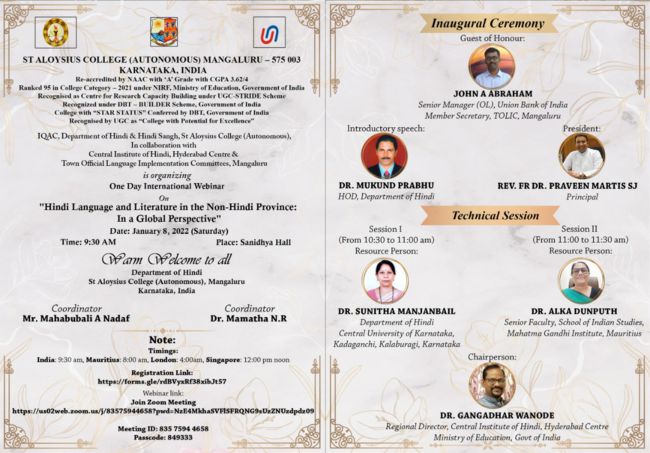