Mangaluru: The Ursuline Museum beside Rosario cathedral which was inaugurated on December 29, has been welcoming a regular stream of interested inquisitive visitors. A visitors book is open for record and feed. Apart from individuals and small groups; January 7 evening saw a 45 strong group who were thrilled that such a lovely and informative museum was created by the UFS congregation, they mentioned that a few more trips will be needed to get better knowledge. The group consisted of nuns, residents and staff of Nympha Sadan which is in the vicinity,. Some were wheeled along in wheel chairs too.

A 95 year old lady hailing from Udupi who lived in Mumbai all along and moved here a couple of years ago and with very alert mind said that it was indeed a miraculous blessing to see how such an artistic and informative museum on the Ursuline Franciscan sisters (UFS) of Mangalore has come up in this old first foundation house. She stressed it is a place that all interested must visit and understand the back ground of the religious congregation. One elderly gentleman said that he was astonished that such a wonder was created in this simple and unassuming house of Mother Nympha – like a soul taking flight to heaven, it may be simple to the eye beholding the outer side but inside it was sheer bliss to experience. In fact one could often hear the sighs of surprise and delight at every turn. Every nook and corner of this museum has been used for invaluable matter preserved to convey the wonder of the 132 year old UFS congregation. All this has been achieved by artists, nuns and workers over 18 months of hard work and gratitude is due to them. More people and groups from churches, colleges, schools and institutions would positively find it an enriching and educating experience to visit and spend a couple of hours in this pleasant nature oriented museum.

Brief History : The ‘UFS-Heritage’ a community museum depicting the history, progress and many aspects of the Ursuline Congregation since 1878, is a wonder – Superior General Rev Sr.Susheela Sequiera cut the ribbon on December 29, 2019, The museum is very precise and artistic; the work was started in June 2017 involving several professionals; Bishop Rev Dr Peter Paul Saldanha blessed the museum, Rev Sr. Doreen D’Souza the immediate past Superior General had delicate task of setting up the Museum from scratch.
Bishop Rev Dr Peter Paul Saldanha, concelebrated fittingly with representatives of the Jesuit, Capuchin and Diocesan priests, historically associated with the UFS. Immediately following there was a Stage programme highlighting the gratitude and culture of the UFS.
In his presidential address Rev Dr Peter Paul Saldanha very aptly summed up lauding the UFS Congregation over a century has radiated the goodness, maturity and commitment of the UFS nuns in various services at home, Europe and Africa from his own experience. Mangalore diocese is indeed proud that it has given birth to this indigenous congregation. Here there are at least 32 institutions/convents. reaching out to those in need without discrimination nor considering high and low. He appreciated the Ursuline services and prayed that they will go to greater heights in times to come.
The Architect of the art, technical and historical arrangement and set up of the Museum, Rev Fr. Royanchen Joseph a Pallotine priest, a renowned artist and religious who is the Director of Pallotine School of Art based in Nagpur and a highly accomplished artist and professional who has at least 15 major catholic Museums all over the country and is working on many more, with several of the key professionals.
Fr. Urban Stein SJ the first resident priest of Rosario is named the founder of the UFS. Connections of Mother Nympha Fernandez are several; for example St. Mariam Baouardy (1848-1878) the Carmelite saint of the Church, Canonised in 2015, it can be possible that these too great souls, of similar age, would have had spiritual interaction. Mother Mary Aloysia,(1855-1939) the Second Superior General of the Apostolic Carmel Congregation was a leading light in early Mangalore and would have known Mother Nympha in the early times of the Cathedral. Rev Fr Augustus Muller SJ, (1841-1910) pioneer Jesuit of Mangalore, Founder of Fr.Muller’s Hospital and colleague of Rev Fr Urban Stein would have had an influence on Mother Nympha. Also, the first person of the Mangalorean community, on the path to sainthood, ‘Servant of God’ Msgr Raymond F C Mascarenhas, (1875-1960) builder of Bendur church and founder of the Indigenous Bethany Congregation in 1921; Mother Nympha would have had reasonable exchange of ideas with him too in early times. The life of Mother Nympha Fernandez kept has always kept concerned people spell bound. Great expectations develop on the future of the UFS congregation and it’s charisma and spirit from it’s base here in Mangaluru. 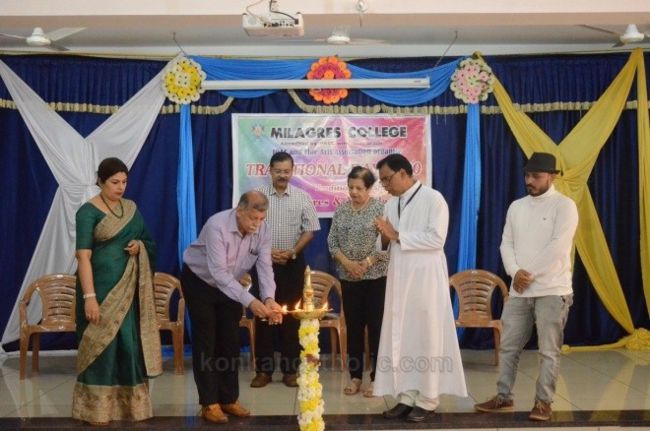 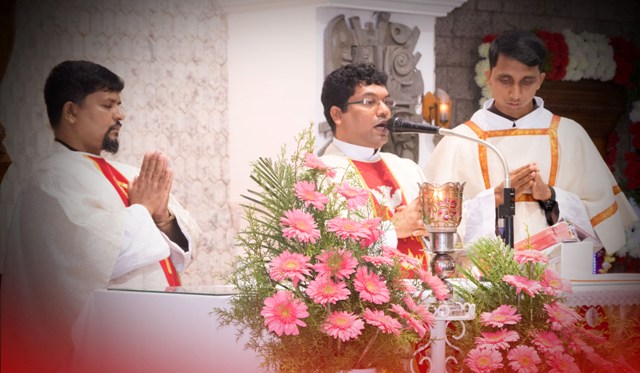