Special guest and representative from Indian Cultural Center (ICC) Mr. Sajeev Sathyaseelan, ICC Affiliation Head was present for the meeting to witness the Election Procedure and was invited to address the gathering.

MC Ryan invited the outgoing Executive Committee led by dynamic President Sunil D’Silva along with sub-committee members who served the club from June 2018-2021 to the virtual stage. All committee members and Advisory Committee were introduced on virtual platform.

The executive committee of 2018-2021 then presented its annual report before the members for the term 2019-2021. General Secretary Naveen D’Souza presented the Annual report of the club while treasurer Ashith Rodrigues presented the audited financial report.

President Sunil D’Silva gave his final outgoing Presidential message and briefed on the success story of activities especially Virtual Monti Fest Celebrations in 2020, Career Guidance/Counselling workshop conducted for children pursuing higher education in India and abroad. MCC always stands by the needy and continued its support to Indian Community Benevolent Forum (ICBF) in difficult times and has given a substantial amount as donations to support Indians during this pandemic both in Qatar and India to fight out COVID affected people. The MCC Charitable Trust promoted by MCC is at the forefront helping needy & deserving children through scholarships for the class X & XII Standards in Mangalore and Udupi. He thanked every excom member, advisory committee and members for their continued support and help during his term.

He then emphasized the need to promote budding leaders in our community as we have been witnessing drastic leadership gaps for our survival. He said, “We have a sizeable catholic community in Qatar well educated, holding good positions but then it’s very sad and pitiful to see our youngsters not stepping forward to take leadership roles or serve the community or contribute some time for the betterment of the society”.  MCC has always given a platform to showcase the talents and groom as a leader. He requested incoming committee to work on a MCC YouTube Channel to promote our cultural activities and the talents of our members.

He concluded his speech wishing success for the MCC elections and to the new committee for a successful tenure.

To lighten the mood before the elections audience were entertained by a melodious song “Sopnanthlo Raay” composed by Vishwas Rebimbus. The song was presented by Muzo Thalo Gaithalo (Gulf Edition) winner and GVOM Season 5 Runner up Carol D’Souza winning the hearts of the audience.

This was followed by Election of the new committee.  MC Ryan invited the Election Officer Mr. Henry D’Souza to conduct the elections. Henry D’Souza is a senior member, Chartered Accountant by profession, Financial Advisor at Al Balagh Trading & Contracting and an Advisory Committee member. He first dissolved the old executive committee members from their duties.

He then conducted the election of the new President and Executive Committee in a professional manner. He read all the nominations received for the positions and invited all elected members. The new executive committee elected is as follows:

Sub-committees to assist the executive committee were also formed on the occasion. The members are:

Election Chair Mr. Henry D’Souza then took an oath from all the elected members describing their duties and were officially enrolled in the committee. He then asked the pledge from the members of MCC to the newly elected excom in discharging their duties. Outgoing President Sunil D’Silva then handed over the constitution to the new President Naveen Melwyn D’Souza.

Newly elected President Naveen Melwyn D’Souza then delivered his acceptance speech and thanked members for giving him a chance to serve as President. He thanked the outgoing committee for a successful term and congratulated the newly elected committee members. He addressed the gathering by identifying MCC’s immense contribution to the good of the society and appreciated the sacrifice and service of all the Advisors, Executive Committee and members. His close association with MCC and his active involvement in MCC activities has given him this confidence to accept this important post of this prestigious club and thanked the opportunity given to serve the community. He also requested members to step forward to participate in our club programs and give their full support and cooperation.

Facilities and arrangements Secretary Denzil Christen Lobo rendered the vote of thanks.

MC Ryan Renjar did an excellent job as compere and wished all good times to come soon so that we can meet physically to enjoy MCC activities. All members were then invited for virtual group photography.

MCC thanks Renwick D’Souza who managed the entire programme behind the scene on Zoom without any technical glitches. 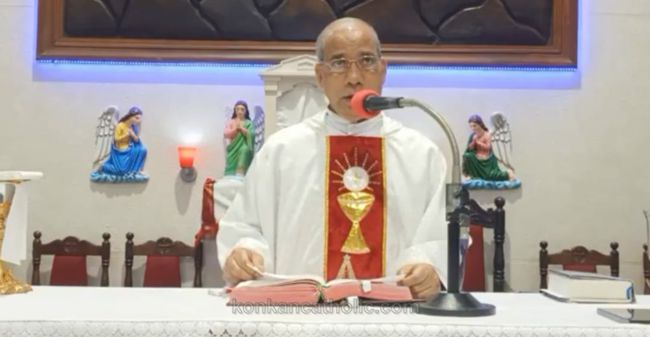 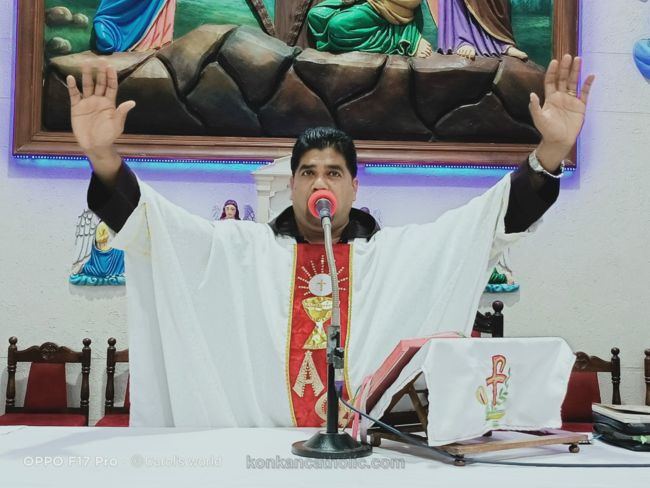