Recently I had been to a Roce of my relative where I was enthralled listening to a DJ who later started singing koraoke to some well-known Konkani songs. The young man with a mesmerizing is Robin John Paul Sequeira (named so because he was born exactly two days later after Pope St John Paul visited Mangalore and his mother had been there to see the pope). Some days later I had a chat with him about his musical journey at his workplace.

Robin, can you tell us about your start in your singing journey?

Hi. I don’t remember exactly when I started singing, but I remember I was a dancer and during our Ward feast I have got many opportunities to exhibit my talent in both singing and dancing. I made my singing debut in 1993 in Don Bosco Hall at a singing competition held by Konkani Natak Sabha. I sang ‘Vodli Mai’ by Late Wilfy Rebimbus on the occasion.

What is your inspiration, training or a strong support in your musical journey?

My Dad is my inspiration and is my strongest support. He used to fetch chances for me in bands for singing. That’s how my talent was recognized. Later on Eric Ozario and some parishioners of Valencia have also guided and supported me especially during Konkani Natak Sabha singing competition held in 1998-1999 where I was disqualified in the first round. Their guidance and support had helped me for what I am today.

Is anyone in your family into music or are singers? Tell us about your family and your work.

My wife Carol is a singer. My Dad, Richard Sequiera, is good artiste. He is a member of MeMoRi comedy group. My Mom is Florine Sequeira is a homemaker.  I and Carol are blessed with my son Rhe Cleon and I have a younger brother Vivian who is married to Pearl (Both are currently working in Australia). I have completed my Masters in Fashion Design and am currently working as a Floor Manager in Designer Mantra, Mangalore.

Do you only sing or play musical instruments too?

I play a few instruments but only through a little knowledge that I’ve gained. I used to attend Keyboard classes in my childhood days, but due to the financial constraints at home I could not continue learning musical instruments.

I have seen you play DJ along with singing to Karaoke’s. When did you adopt this kind of trend?

I had seen people singing for Karaoke’s but they never played DJ for Roce and other functions. I thought of singing at functions as the brass band people sing. I started playing as a DJ along with singing. Many people liked it and have also encouraged me.

As a singer are there any moments in your life which have brought pain to you?

Yeah there are moments when people talk bad about music I really get upset and pained, because I consider music divine. I had an aim of bringing out my own album and finally my dream became a reality with the release of my debut album ‘Gavn Go Chedva Muzo,’. I am very grateful to Mr. Antony Cony- Qatar, Mr. James Mendonca – Dubai, Mr. Placid D’Souza – Kuwait, Mr. Roshan D’Souza Angelore and Mr. Nithin Kuttungal who helped to bring out this album. But I felt very sad when I learnt that many people have copied or pirated the song. My humble request to everyone is please buy the album and support the artiste and stop piracy.

Robin you have bagged many awards in the recent years. Can you tell us about it?

I have received many awards at the parish level which has boosted my confidence in my younger days. In 2009 Kalagan had organised Konkani Mahotsav, an intercollege competition where I won the Best Male singer award. Then I participated in Soad – 2 (An international competition organised by Maand Sobhann), where I won the Runner Up. Then I participated in Soad – 4 where I emerged a winner. I could not participate in Soad – 1 & 3 due to my work commitments. On the same day where I was crowned as ‘Rai Kogul’ of Soad- 4, I left to Dubai for better prospectus, where I got an opportunity to participate in Gulf Voice of Mangalore in which I emerged the winner. I also won the Konkani Global Award as the best male singer for the song ‘Moga Tuji Yaad Yetha’ from the album Moga Savli and this year again I won the Konkani Global Award, best male singer for the song ‘Tum Zai Maka’ from the album O La Re.

What about your performances in shows?

Before being a singer I proudly say that I am an drama artiste and have acted in many Konkani plays. Secondly I got many opportunities to perform with Eric Ozario (Maand Sobhann), Melwin Peris Nite, Wilson Olivera Nite and with other renowned artistes like Henry Moras, Team Masti, Team O La Re among others. I have also been a part of the band “Seasons” and now I am associated with the band “Strings.”

How do you manage your singing life and professional/family life?

As I said, my wife is a singer and my dad is an artiste. So there is always a supporting environment at home. And to be successful I believe in one mantra that is ‘Give your 100% to whatever you do’.

What is your message to KC website readers?  If I have reached this stage in Konkani world it is because of so many people’s constant support. Thanks to them all. I have loved singing and getting involved in the song and that I think has made many people like my singing. My message to everyone is that accept the challenges of life as it is without expectation. There no short cut of success. 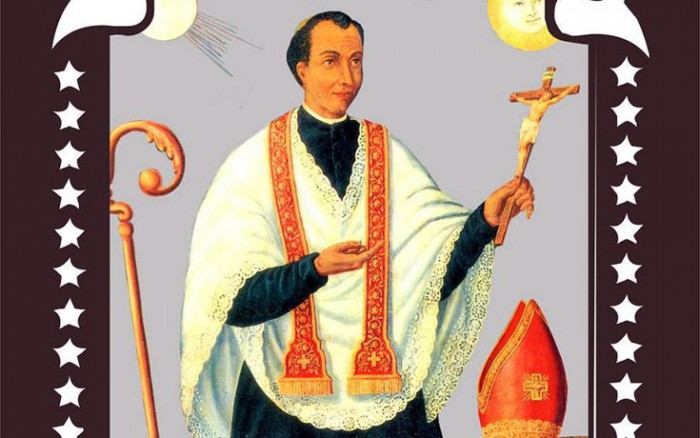