Yakshagana- Rethinking in the Light of the Present – KONKANCATHOLIC.COM

Yakshagana- Rethinking in the Light of the Present

Mangaluru: The inauguration of the dialogue and workshop on the theme: “Yakshagana- Rethinking in the Light of the Present” was held on Saturday, 10 April, 2021 in the LCRI Hall of the College. The programme was organised by St Aloysius College (Autonomous), Mangaluru in collaboration with the Karnataka Yakshagana Academy and UGC-STRIDE Scheme.

Veteran Director and former Principal of Neenasam, Heggodu, Sri Venkataramana Aithal formally inaugurated the workshop and senior Folklore Research Scholar, Prof. Chinnappa Gowda was the Chief Guest. The Principal of the College, Rev. Dr Praveen Martis, SJ, presided over the programme.  The Chairperson of the Karnataka Yakshagana Academy, Prof. M A Hegde, Dr Alwyn D’Sa, Registrar-in Charge and the Coordinator of UGC- Stride, and Dr Dinesh Nayak, Convenor of the programme were on the dais.

The intensive workshop was held in two plenary sessions. Each of the sessions had two presentations followed by responses and interaction with the delegates.

Prof.  Nithyananda B Shetty from Tumkur University and senior thinker and scholar, Sri Lakshmeesha Tolpadi were the Resource Persons for the forenoon session. Popular Yakshagana artiste, Sri Jabbar Samo and Sri Krishna Ulithaya were responded to the presentation.

The workshop and the day long dialogue among the Yakshagana artists and scholars intended to throw light on the different perceptions and attitudes towards Yakshgana. It was an attempt at creating a potent platform for an engaging and open-minded discussion on the constantly evolving concept and practice of Yakshagana.

A unique and experimental dance drama based on the Shakespearean play, Macbeth was performed by the College Yaksha Team along with guest artists in Mother Teresa Peace Park, the open air stage of the College at 6.00 pm on the same day. Sri Soorikumeri K Govinda Bhat, the veteran Yakshagana artiste and national awardee brought the play to the Yakshgana form and directed the performance. The enthralling dual back stage singing by renowned Yakshagana singers, Bhagavatha Hamsa Puttige Raghurama Holla and Dinesh Ammannaya were an added attraction to the performance. The background accompaniment of instruments was rendered by the well-known artistes such as Murari Kadambalithaya, Krishnaprakasha Ulithaya and Madhusudhna Alevooraya.

Entry for the Play was absolutely free and many Yakshagana lovers watched this unique play and applauded the effort of the College.

Both these programmes were held following all the COVID-19 related protocols and SOP, Govt. of Karnataka. 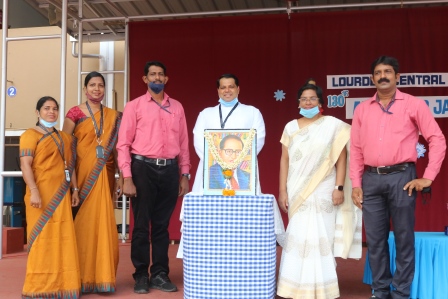 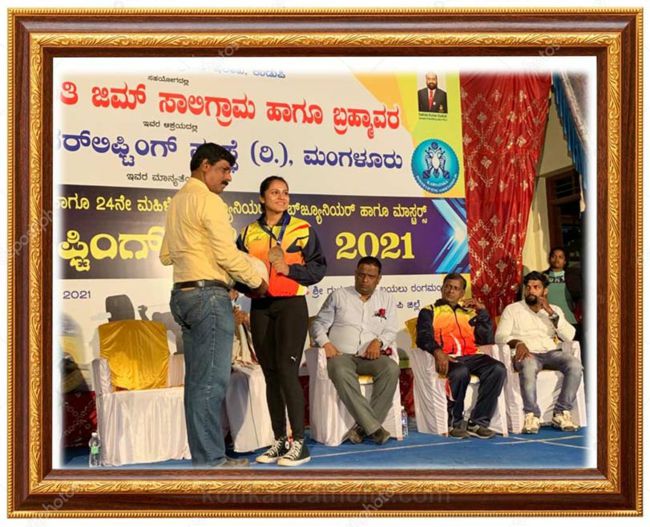