The Grand Finale of the Golden Voice of UAE 2K22 – KONKANCATHOLIC.COM

The Grand Finale of the Golden Voice of UAE 2K22

Dubai, November 6, 2022:The grand finale of “The Golden Voice Of UAE- 2K22”, the biggest and most anticipated singing reality program in Konkani, has officially debuted on November 6, 2022 at Emirates Theatre. Dubai, UAE.The event was organized by Mangalore Konkans Dubai, under the excellent guidance of Mr. James Mendonca, the president and in association with Maestro Events LLC, under the unassailable leadership of Mr. Sujith Fernandes.

The theme song for Mangalore Konkans kicked off the show at exactly 4:00 PM.Mr. Floyd Kiran then took control of the podium to improve its aesthetic.Mr. Floyd Kiran took in charge of the dais and encouraged the spectators by giving a brief on ManagaloreKonkans history and achievements.As a grandiose entry, Mr. James Mendonca,the president of Mangalore Konkans, the judges, the 12 Contestants, and their sponsors marched in the parade while waving the flags ofMangalore Konkans and the United Arab Emirates.Contestants and their sponsors were called on the stage. President Mr. James Mendonca welcomed the sponsors by putting a sash.

The president, Mr. James Mendonca, delivered a speech that inspired the audience members to be delighted and enthusiastic.Dance performancefrom its Show Time ensemble served as prayers.The musicians were prepped, the lights were out, and everyone was hushed until Mr. Roshan D’silva appeared on stage with his alluring voice and a magnificent song. The entire event featured music played by Mr. Romero Mascharenhas and his team.After briefly addressing the audience, Mr. Roshan D’silva introduced the judges by outlining their accomplishments and trajectories. The LCD screen was used to display everything for the audience to see.

Sponsors voluntarily offered financial assistance with the anticipation that it would be even more spectacular. We are very obliged for all of you.Both the male and female divisions had three rounds. Slow, Fast, and Goan, respectively.Mr. Roshan D’silva enthralled the spectators and sustained the enthusiasm while the judges assessed the scores for the slow song category.

Fr. Victor honored the 12 contestants. Ms. Sharal Decosta and Mr. Cletus Ostine received a symbol of distinction for having received the most YouTube views and likes respectively during the Golden Voice of UAE 2022 trip. Maestro Events LLC served as the event’s host, and as a token of appreciation, Mr. Sujith Fernandes received a memento. Mr. Merwyn Furtado was presented a souvenir as a kudos for all of the technical, and designing efforts throughout the journey of Golden Voice Of UAE 2022.The entire event featured music was played by Mr. Ramerio Mascharenhas and his team. And on this occasion, Mr. Ramerio Mascharenhas was also honored.

Top three female positions were announced by Mr. Lawrence Saldhana from Mumbai and Mrs.Preema Rodrigues. And also, they were honored by the president by a sash.VinolaSequeira, Priyanka D’souza, and ValenteenaCastelino are among the top three in the female division.

Top three male positions were announced by Mr. Stany Fernandes from Muscat and Mr. Arun Carlo. And also, they were honored by the president by a sash.Anil Pius Rodrigues, Aenson Mathias, and ValenSequeira are the top three men in their respective categories.

VinolaSequeira, a female competitor, finished in third place. Mr. LancyMadtha and Natalia gave her a cheque of 10,000 rupees as well as presents from Metro Manila and Shiddi Sharad restaurant.

ValenSequeira, a male competitor, came in third place, earning 10,000 rupees as cheque as well as presents from Metro Manila and Shiddi Sharad Restaurant from Mr. LancyMadtha and Natalia.

Anil Pius Rodrigues won the second place in the male division, while Priyanka from the female division finished in second place. Mr. Manoj Vas and Mr. Ronald Martispresented prizes, including gift vouchers from siddhiSharad restaurant and paramount hotels. A cheque of 10,000 Rs. were given by Natalia and Mr. LancyMadtha.

Mr. Aenson Mathias from the male category and ValenteenaCastalino from the female category are the winners of the grand finale of the Golden Voice of UAE. Both received a cheque for 50,000 rupees as well as the crown of Golden Voice of UAE.With loud cheers and a spectacular sight, the mega event’s victor was declared. Aenson received a sash from Canute, while Valenteena received a sash from Mr. Ronald Pinto.Mr. Aenson was crowned by Mr. Michael D’souzanad Ms. ValanteenaCastalino by Mr. LancyD’souzaA bouquet was presented by Mr. RonalsMartis to and Mr. Aenson Mathias and Ms. ValenteenaCastalino received from Mr. Valerian Almeida.

The event was a huge success as an outcome. The theatre was completely full. Food was also made available. We have yet to witness the organization’s incredible achievement in terms of its chronology and the initiatives that serve as its milestone. 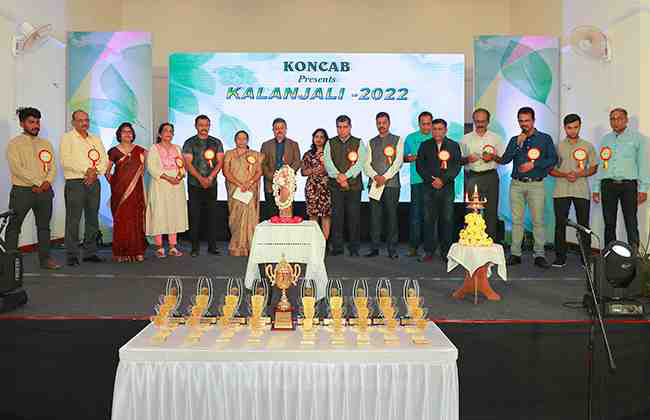 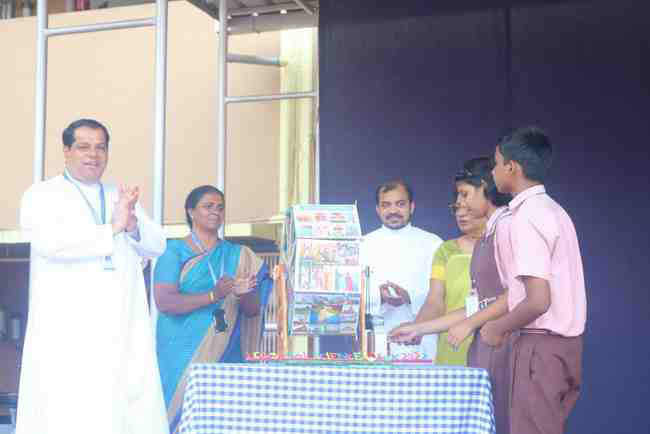