The event took place in the school main hall wherein the students of Std VII & Std VIII attended along with the teachers of the school. The Chief Guest Dr Sumangala S Nayak, Principal Sr Lourdes and Vice Principal Sr Caron were present for this great and memorable event.

The participants were dressed up in colorful attire to mark the importance of the day. The programme began by invoking God’s blessings on the people of Karnataka through a prayer dance which was followed by lighting of the lamp by the Chief Guest, Principal, Vice- Principal and teacher representatives.

The colours red and yellow that signify forgiveness & bravery was depicted through songs. Kannada being the State language needs to be spoken by the present generation which was enacted by a skit performed by the students.

Students exhibited their talent and love for the State by performing various dances in Kannada which is our State language.

The rich culture and contribution of various personalities of Karnataka such as Ramachandra Bendre, Akka Mahadevi, Guru basavanna, Rani Chennamma, Sangolli  Rayanna, Rani Abbaka, Sir M  Vishwesharai was brought out through a fancy dress with the Nadageethe and thus generated a sense of pride.

The Chief Guest delivered her speech expressing the greatness of Karnataka and stressed on the unity of Kannadigas.

This day is also observed as Kannada Literary Day which contributes works of Kannada writers and poets of Karnataka. In honour of this day, students of the school decorated their classes with Kannada poems, Calligraphy, Posters etc.

The programme ended with the singing of the National Anthem. 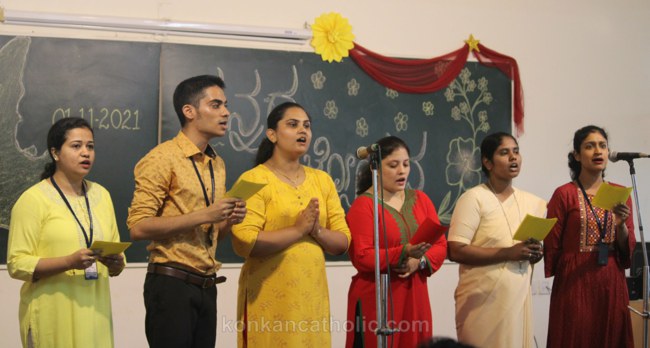 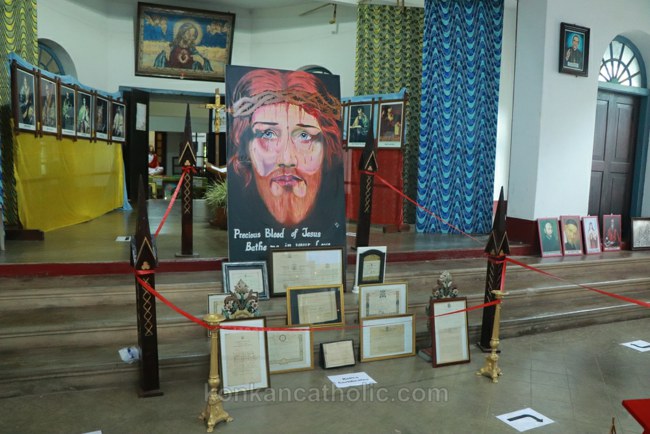