Founder Spiritual Director Rev. Fr. Herold D’Souza was felicitated during the program thereafter in his speech, he spoke that “it is nice to see people working for the welfare of the society. We should encourage new faces to join hands with Catholic Sabha and take our community forward”.  Further, Catholic Sabha Milagres Unit honoured two talented students of the Unit and helped a needy family with cash amount collected from the Office Bearers of the Unit.

Catholic Sabha Varado Spiritual Director Rev. Fr. Walter D’Mello honoured three members of Catholic Sabha Milagres Unit who are holding top Positions. Mr. Deepak D’Souza, Joint Secretary of Catholic Sabha Mangaluru Pradesh (R) and nominated Member of Christian Development Committee Government of Karnataka. Mr. John Monteiro, Executive Committee Member, Diocese Mangaluru and Representative of Mangaluru Diocese to the Arch Diocese of Bengaluru. Mr. Nigel Pereira, Convener of Catholic Sabha Mangaluru, and Udupi Coordination Committee. Thereafter addressing the gathering he shared his experience working in the undivided diocese of Mangaluru to strengthen Catholic Sabha in the various units. He also shared that it was a tough and very good experience working with Catholic Sabha since it conceived. He further added all the Catholics should work in unity for the good cause of the society and should keep good relationship with the people of the society.

Mr. StanyLobo, President, Catholic Saba Mangaluru Pradesh honoured all the former Presidents of the Unit. Followed by his speech, he said” the members of the catholic Sabha should work with unity and should put their heart and soul to the work we do to the society. He gave an example of queen bee and its leadership skills. How all the honeybees follow the queen bee and support each other is commendable likewise all should work for the betterment of the society.”

Mr Deepak D’Souza described the brief history of the Catholic Sabha, Milagres Unit which conceived in the year 1997 under the leadership of Mr Marcel Monteiro, Founder President and Mr. Allen Colaco, Founder Secretary, and other Office Bearers. He briefed about the social activities conducted by various presidents in their tenure and appreciated all works of the office bearers of the Unit for the past 25years. Mrs. Philomena Ferrao, President,Milagres Unit, welcomed the gathering. Mrs Slima Pinto, Secretary, Milagresunit, proposed Vote of Thanks. Mrs. Diana D’Souza and Mr. John Monteiro compered the program. The Office Bearers of the Catholic Sabha Central Committee, Episcopal City Varado Office Bearers,Varado Units and members of Catholic Sabha, Vice President and Secretary of the Milagres Parish Pastoral Council were present for the program.Mrs Slima Pinto, secretary catholic Sabha, Milagres unit presented the detailed report of the program. 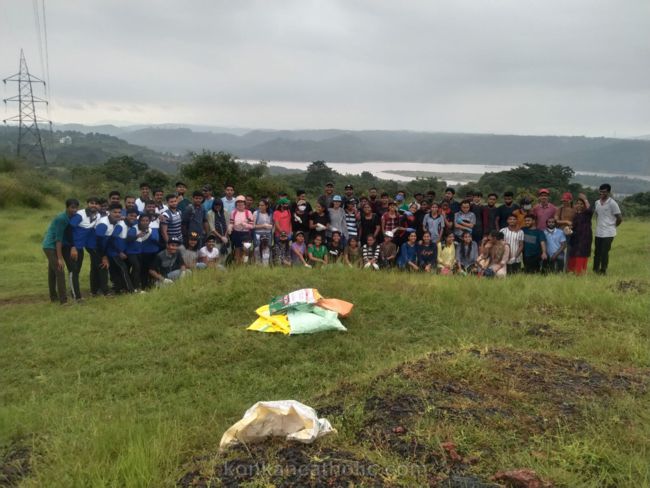 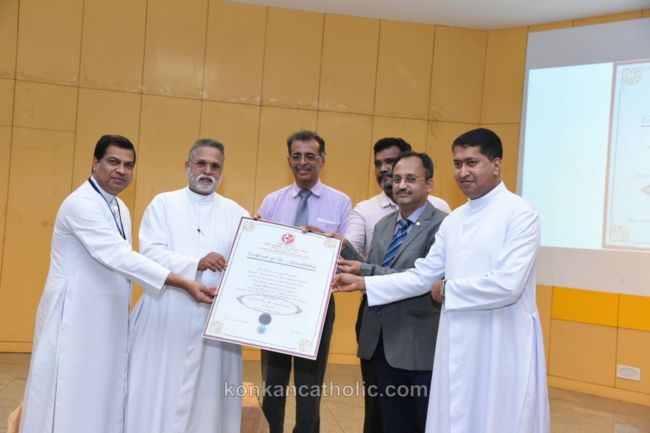