Mangaluru: St. Aloysius College (Autonomous), Mangaluru is organizing a National Colloquium titled “National Education Policy 2020” under the UGC-Paramarsh Scheme to enable a better coherence of the policy. The Colloquium will be held on Wednesday 26th August 2020 from 2.00 p.m. to 4.00 p.m.

Registration can be done by clicking the link on the invite and joining the Whatsapp group. The zoom ID and YouTubelink will be made available onAugust 26th on the Whatsapp group and through e-mail to the registered participants. E certificate will be sent to the participants after ensuring full participation and successful feedback submission.

The New Education Policy (NEP), 2020, charts one of the most far reaching agenda to restructure educational curriculum across India from early childhood to higher education. Undoubtedly, there is much wanting in the curriculum available to an average student in India today, across the various stages of schooling and higher education. NEP promises a comprehensive corrective design: It proposes an assorted set of goals and principles and recommends reordering school education from the existing 10+2 pattern into 5+3+3+4, to cover 3-18 years old, with substantive recommendations for each stage. There is a strong emphasis on imparting school education in local languages, particularly at the lower grades. It calls for ‘complete overhaul’ of Higher Educational Institutions (HEI) into multidisciplinary universities and HEI clusters encompassing large pooling of students, teachers/scholars and resources, and calls for choice-based, multiple-exit oriented, flexible but quality-imbued curriculum.

There is much stress on use of appropriate technological tools at all levels of education. At the school level it makes teachers the key to impart the kind of education it envisages and recasts their training in innovative ways. In pursuit of its recommendations it calls for creation of new regulatory institutions or recraft existing ones to devise and monitor the curriculum, to set standards for teaching and institutions, for disbursal of resources and overall superintendence. It also suggests a time-bound action plan starting from 2020-2021.

The overall drive of NEP to restructure higher education is unmistakable. Its overall verbose outlay comes in the way of its sustained and substantive critique, as it can always throw up a phrase or norm from its repertoire in defense. The Policy necessitates a discussion at the realm of civil society prior to its implementation.

In this context, the panel discussion will focus on the following four domains that inform this document:

The substantive recommendations of the NEP, 2020

The omissions, silences and detours that inform NEP, 2020

The prior conceptual and moralistic assumptions replete in NEP, 2020 and their consequences.

Problems in the execution and implementation of NEP, 2020.

The programme will be presided over by Rev Dr Praveen Martis SJ, Principal of St. Aloysius College (Autonomous), Mangaluru along with the Convenor of the Colloquium Dr Rose Veera D Souza, Dean of Faculty of Arts and HOD, Political Science. The entire program is overseen by the Program Coordinator, Mr. Alwin D’Souza, Asst Prof. from the Dept of Political Science.

Esteemed Panelists and the themes they Address are as follows:

Prof. Valerian Rodrigues, Former professor and Dean of the Faculty of Arts, Mangalore University and former professor at Jawaharlal Nehru University, New Delhi. He has Written extensively on Babasaheb Ambedkar and the working of the Indian Parliament.

Theme: The NEP 2020: A Critical Overview

Professor Shyam Menon is a Professor at the Central Institute of Education, University of Delhi since 1994. He was the Founding Vice Chancellor of the Ambedkar University Delhi, during 2008-2018. His work has mainly been in Curriculum Studies, Higher Education and Teacher training.

Theme:NEP- Questioning the seriousness of Purpose

Geetha B. Nambissan is a former Professor of Sociology of Education at the Zakir Husain Centre for Educational Studies (ZHCES), Jawaharlal Nehru University, New Delhi. Her research has focused on exclusion, inclusion and equity in education with particular reference to the schooling of marginalised sections of Indian society – Dalits, Adivasis and the urban poor.

Theme: NEP: Right to Education of Children from the Marginal Groups in relation to Social justice

Dr Frazer Mascarenhas SJ is an alumnus of St. Xavier’s High School and of St. Xavier’s College, Mumbai, Fr. Frazer has a Ph.D. in Sociology. He served on the Working Group for Undergraduate Education of the National Knowledge Commission in 2006. He specializes in Development Studies.

Theme: NEP and The Concerns of Minorities.

Theme: Impact of NEP on the rural children and communities

More Details about the Panelists:

Professor VALERIAN RODRIGUES has taught at Mangalore University, Karnataka, India (1982-2003), and Jawaharlal Nehru University, New Delhi, India (2003-2015). He was National Fellow of Indian Council of Social Science Research (ICSSR) (2015–17) and Ambedkar Chair, Ambedkar University Delhi (2017-2018). He has been a Visiting Scholar/Professor at Erfurt Univesity, Wuerzburg University and Simon Fraser University and Fellow of St. Antony’s College, Oxford University, Institute of Advanced Study, Simla and Max Weber College, Erfurt. His recent books include The Essential Writings of B. R. Ambedkar (2002), The Indian Parliament: A Democracy at Work (2011) (co-authored with B. L. Shankar), Speaking for Karnataka( 2018)(co-authored with RajendraChenni, NatarajHuliyar and S. Japhet) . He has edited Conversations with Ambedkar: 10 Ambedkar Memorial Lectures (2019).

Professor Shyam Menon was the Founding Vice Chancellor of the Ambedkar University Delhi, during 2008-2018, in which capacity he led a team of scholars and professionals in building from its very inception this public university dedicated to the Social Sciences and Humanities. He had been Dean, Faculty of Education and the Proctor of the University of Delhi (2000-05) and earlier Director, School of Education, Indira Gandhi National Open University (1996-98) and Professor at the Central Institute of Educational Technology, NCERT (1993-94). He began his teaching career in 1982 at the M.S. University of Baroda where he taught for several years. His education was at the University of Kerala and at the M.S. University of Baroda. He was later at the University of Wisconsin, Madison as a Fulbright Post-Doctoral Fellow. His work has mainly been in Curriculum Studies, Higher Education and Teacher Education. He edited the journal, Perspectives in Education, for many years. He has been on the international advisory board of the journal, Comparative Education. He had served on the Task Force on Access and Equity in Higher Education constituted by the International Association of Universities. He has been on the boards and academic councils of several institutions and universities.

Geetha B. Nambissan is Former Professor of Sociology of Education at the Zakir Husain Centre for Educational Studies (ZHCES), Jawaharlal Nehru University, New Delhi. She has published widely in these areas of exclusion, inclusion and equity in education with particular reference to the schooling of marginalised sections of Indian society – Dalits, Adivasis and the urban poor. Her current research interests include privatisation of schooling and the changing urban and education in India. She is the editor of the India section ‘Urban and Education in India’ in the Springer International Handbook on Urban Education (2017). She is also one of the project partners in the Transnational Research Group on ‘Education and the Changing Urban’ anchored by the Max Weber Stiftung and the German Historical Institute, London. She is on the editorial advisory board of the London Review of Education and Contemporary Education Dialogue. She has been President of the Comparative Education Society of India.

Fr Frazer Mascarenhas SJ is a Jesuit ordained in 1985. He taught at St. Xavier’s College from 1988 and was Principal for the 12 years from 2003 till he retired in 2015. He also had a two years Term on the Appeals Committee of the NAAC and is a member of NAAC Peer Teams. In 2011 he served on the Steering Committee of the Planning Commission for Higher and Technical Education in the 12th Plan. Under the leadership of Fr. Frazer, St. Xavier’s became the first Autonomous College of the University of Mumbai in 2010 and was declared by the University Grants Commission as a College of Excellence in 2015. He also ensured that the College was in the forefront of debate and discussion on national issues of importance, especially issues of justice. Fr. Frazer was involved in non-formal education in the slums of metropolitan Mumbai and adjoining rural areas of the city. Presently Fr. Frazer is the Manager of St. Stanislaus High School and St. Stanislaus International School in Mumbai.

Professor A. R.  Vasavi was a faculty with the National Institute of Advanced Studies, Bangalore, from 1997 to 2011, and a Senior Fellow at the Nehru Memorial Museum and Library, New Delhi, and Visiting Fellow at the Max Planck Institute for Diversity and Religion at Gottingen, Germany. Her academic interests are in sociology of India, agrarian studies, and sociology of education and she has conducted field research in various parts of India. Her publications include, Harbingers of Rain: Land and Life in South India (Oxford Univ Press 1999), In an Outpost of the Global Economy (co-edited with Carol Upadhya, Routledge, 2008), The Inner Mirror: Translations of Kannada Writings on Society and Culture (The Book Review Press, 2009), which is also available in Kannada as VollaGannadi: SamakalinaSamajaMathuSamskruthi Kurita Kannada Barahaghalu, and Suicides and the Predicament of Rural India (Three Essays Collective, 2012). Kannada University, Hampi, has brought out a collection of her writings which have been translated into Kannada. A collected volume of her essays on education is forthcoming. She is currently a member of the Punarchith Collective that works on alternative learning.

Head of the Dept of Political Science & Dean of Arts faculty 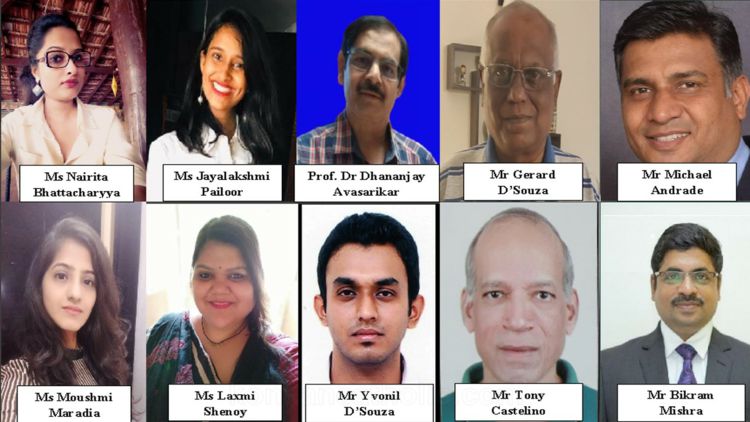 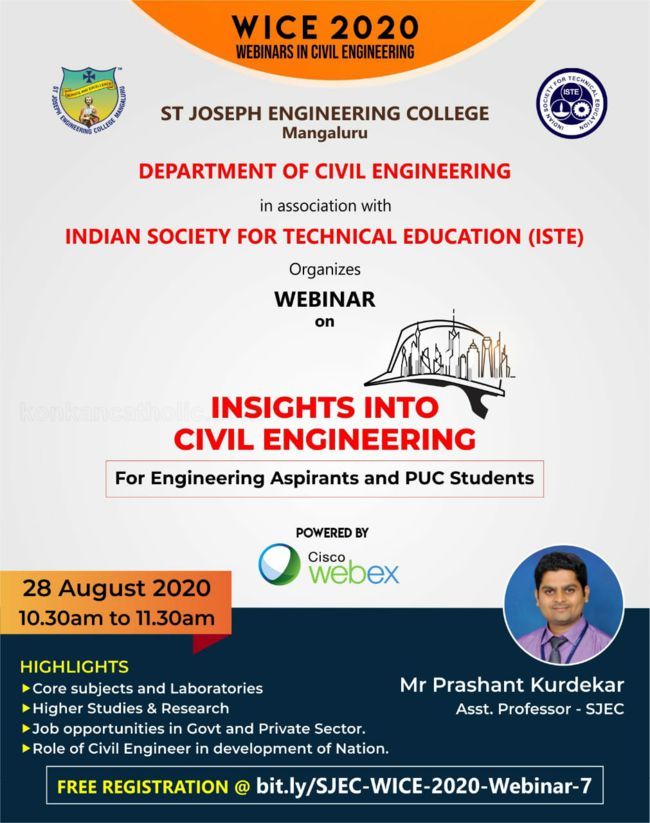