The video classes explain, how a wing generates lift, about flaps and slats, stalls and how an aircraft enters it and recovers from it, thrust and about propellers airmanship, general terms in airmanship, visibility, airfield layout, runway markings, taxiway markings, unserviceability markings and aerodrome lightings.

Finding the way from one place to another is called NAVIGATION. Moving an aircraft from one point to another is the most important part of any kind of mission. These lectures shall deal with various definitions in the field of aircraft navigation and the different aspects of navigation.

Meteorology is the study of the Earth’s atmosphere and the variations in temperature and moisture patterns that produce different weather conditions, the videos are very informative.

An aircraft engine often referred to as an aero engine, is the power component of an aircraft propulsion system. Most aircraft engines are either piston engines or gas turbines, although a few have been rocket-powered and in recent years many small UAVs have used electric motors.

The airframe is an important part of aircraft, the body excluding the instrumentations and power plant. It makes flying easier for the pilot by providing a safer way to control the flight. The 4 important parts of the airframe of an aircraft are discussed in this video.

Flight instruments: Flight instruments refer to all the devices present in the cockpit which provide the pilot with important data such as altitude, airspeed, heading, Radio Detection and Ranging. It refers to the technology of using radio waves to detect and find the distance to an object. How we can build a model aircraft using basic materials. How to fly a model aircraft? What are the different safety codes? All such various questions are answered in these sessions.

Rev. Fr Dr Praveen Martis SJ the Principal of St Aloysius College (Autonomous) Mangalore and Wg Cdr Chandan Garg the newly posted Commanding Officer of 6 Kar Air Sqn NCC Mangalore have congratulated the NCC Air Wing cadets of Flight A- St Aloysius College, who have taken this unique initiative. We hope that these videos will be informative to NCC Air Wing Cadets and all knowledge seekers. 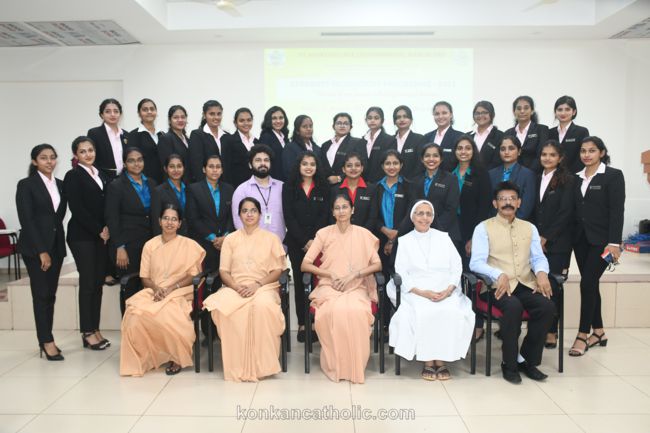