Ms Ruth Clare Dsilva; the pride of St Theresa’s school and a precious jewel of the Bethany Educational Society – KONKANCATHOLIC.COM

Ms Ruth Clare Dsilva; the pride of St Theresa’s school and a precious jewel of the Bethany Educational Society

Mangaluru: A felicitation programme was held in St Theresa’s School on 15th September, 2021 at 3.30p.m. by the Management and the Staff to honour the formidable success of Ms  Ruth Clare Dsilva an Ex- Theresian for emerging as the National topper in the National level CA examination conducted by the Institute of Chartered Accountants of India (ICAI). The dignitaries were given Guard of honour headed by Nikhil Thomas, the Head boy and Ananya, the Head girl.

The programme began with the prayer song. Mrs Sangeeta Vaz welcomed the gathering and Mrs Ritty D’Souza spoke a few words of appreciation of the student’s achievements. Ruth began her journey as a young student in St Theresa’s school and completed her secondary education in the year 2012. While in school her focus was achieving her dreams and so left no stone unturned to be a keen learner who every teacher would want to interact and communicate with. As a student she exhibited the ability to direct her energies towards individual accomplishment. Her persistence and perseverance is evident in her success on leaving the portals of the institution having equipped herself with values and the vision of the founder RFC Mascarenhas ingrained in her heart and mind.  In school she was a noted keyboard player, a member of St Theresa’s choir, part of the school table tennis team and the captain of the green house.

In the Presidential speech Sr Lillis said to have determination to achieve great things for the nation and she is an empowered girl, a role model to all the girls in the society.

Chief Guest of the day Mr Rudolph appreciated Ruth’s dedication and determination. He said that her name will be itched in the history of Mangalore forever.

Ruth in her speech said studying in St Theresa’s School has motivated her and she has always cherished the advice given by all her teachers. She also said the standard of learning of this institution is commendable.

The other guests present were Sr.  Roselyta, the Treasurer, Sr Anita Shanti, Superior of the Bethany Mother House, Mr Elias Fernandes, the Proprietor of Four winds, Mrs Rosy Marie and Rufert Dsilva, the parents of Ruth and all the Staff members of St Theresa’s School.

A wishing song was sung by the teachers, words of gratitude were proposed by Sr Caran, the Vice Principal and the programme was compered by Mrs Shilly Prakash. 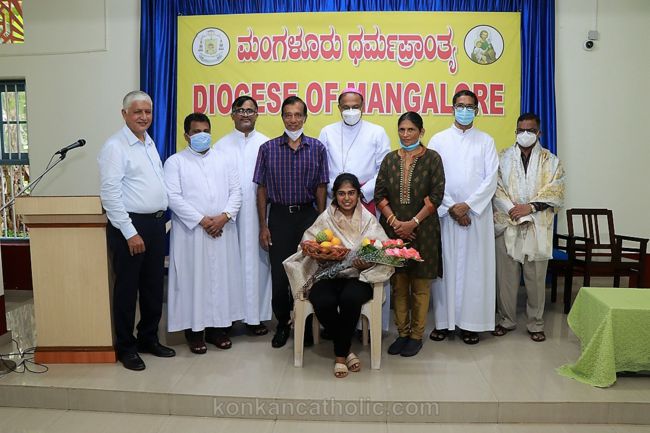 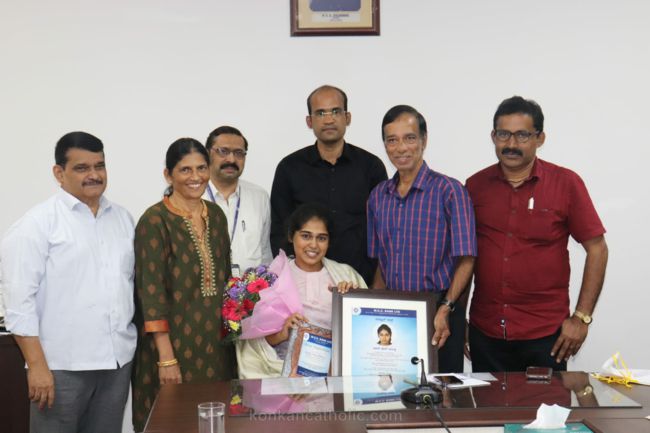