Doha: With an intention to promote Konkani as well as children to make best use of the summer holidays MCC organized for its members children an online basic Konkani Course “Konkani Shikovnya” joining hands with Mandd Sobhann. The online summer camp for children was conducted from July 16 to August 14, twice a week on Fridays and Saturdays, virtually on zoom platform.

The opening session on July 16th was kicked off by MCC Cultural Secretary Amith Mathias who greeted and briefed the participants on the course details. MCC President Naveen D’souza welcomed the participants and the parents and thanked Mandd Sobhann for taking the lead in teaching our children basic Konkani.
Founder and Advisor of MCC – Jerald D’Mello, President Naveen D’Souza, Vice President Fredrick D’Souza, Mandd Sobhann representative and immediate past president of MCC Sunil D’Silva along with General Secretary Kavita Tauro and Cultural Secretary Amith Mathias inaugurated the program by lighting the lamp.

Mandd Sobhann Director Eric Ozario took over the stage with a prayer song and briefing on the rich heritage of Konkani language. In his speech, he appreciated MCC for taking initiative to organize this program for the children and elaborated the importance of learning basic Konkani language, which is very essential for the uplifting of the community. He stressed the importance of preserving Konkani language and nurturing our culture. Eric introduced his team from Mandd Sobhann as Rony Crasta , Victor Mathias and Rahul Pinto who would be assisting him during the sessions and briefed on the course to all.

The closing ceremony was conducted on 20th August 2021 “Konkani Manyata Divas” by all children putting up a good program as a befitting finale to this course. Verina Mascarenhas compered the whole program in Konkani and surprised all being an excellent Master of Ceremony. Eric Ozario started the event congratulating everyone on Konkani Manyatha Divas and informing everyone that in 1992 Konkani language became a National language and had entered into the Indian constitution. He along with his wife Joyce Ozario sang a song ‘Mai ge muje Konkani’ written by Rony Crasta, supported on keyboard by Kaeton Castelino. Verina introduced and greeted the Mandd Sobhann team and the MCC dignitaries. She then invited Alric Stalin Dsouza to sing the prayer song ‘Amchya Deva Pavga Sayba’. MCC President Naveen was invited to address the audience. He was happy to inform that in the last 29 years of the Club history, it was for the first time MCC took this first step to teach basic Konkani to the children and it would be a great platform to all children around the world. He thanked Eric and his team, all the participants and parents. He concluded saying we have to continue talking and writing in Konkani.

Children continued the program as Rishon Fernandes recited numbers from 1 to 100 in Konkani, while Sandria Loovis with her melodious voice sang ‘Dho’l Mho’jya Bay’. Little Abigail Eva Dsouza danced and sang ‘Pom Pom Pom Mottar Gaddi’. Aaliya D’Almeida said the 10 imperatives of Konkani ‘Konknneche Dha Kaydea Ule’ with the meaning in English. Nicole D’Souza played the keyboard and sang ‘Azo Ani Aji’. Michelle Loovis was invited to share her experience of the sessions that she attended.

After children’s performances, Eric Ozario shared his observations and expressed his appreciation to MCC for arranging such a program which was held for the first time on Zoom platform and also mentioned how he was inspired by the children’s learning which has motivated him to carry on this Konkani teaching to children all over the world. He also invited our children to participate in the forthcoming events that would be shared soon. He mentioned Mandd Sobhann started taking online classes first with Konkani songs in London and then in Kuwait, began to teach Konkani language which was a challenge. Continuing with MCC Qatar, the children’s enthusiasm has inspired to continue this online teaching to children all over the world. They plan to hold Baal Ghitam competition and encouraged the children to participate.

He also encouraged all to watch Soad 5 and subscribe through the YouTube channel and encourage all the participants for the benefit of our Konkani language. His message to the children was Learn Konkani songs and teach to others and also take part in future Konkani competitions and classes. He thanked MCC for giving Mandd Sobhann this golden opportunity and that they would continue to do better. Later he announced the children’s marks on the exam that was held on the last session and displayed their certificates and congratulated all for the excellent performance.

Mandd Sobhann President Louis Pinto appreciated the interest of the children in learning Konkani and thanked MCC for this good start and that they would like to have future classes for the children all around the world.
The program ended with a Vote of Thanks by the Cultural secretary of MCC, Amith Mathias. On behalf of MCC he extended thanks and gratitude to all the participants for attending the online course and to parents for supporting and encouraging their children to learn our mother tongue Konkani. 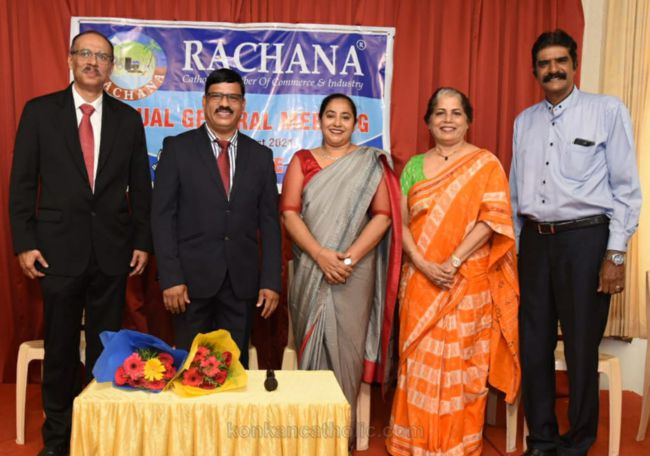 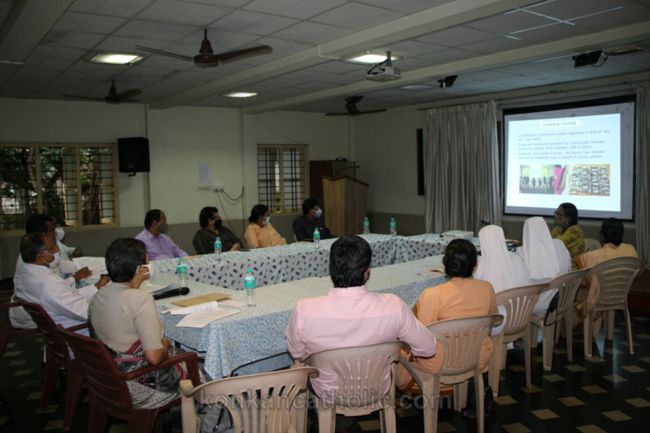