Bengaluru: Kanara Entrepreneurs – Bangalore (K.E), continued on its Honorary mission to educate, mentor and encourage Christians to take up entrepreneurship and get into start-ups, by structuring a session on Start-Up’s, on Sunday 23rd Feb 2020, at St. Vincent Pallotti Church, Banaswadi Bangalore. This is the fourth such session of this kind, conducted by KE.

The program which was held in the Parish Hall of SVP Church, started at 9.30 a.m with a prayer by the parish priest Rev Fr. Manohar Noronha, followed by the welcome address by President of KE Charles Gomes.

After the welcome address, Associate Director Membership at KE Pramod D’Souza shared his experience on the stratagems of business and also gave an insight of Eagle10 Ventures which he is the founder of, and explained in detail to the curious audience about the one page business plan and ecosystem for new startups. He also spoke about the risks of the sudden success surge factor in a business, which can reach the head of the business owner and eventually takes a toll on the business, owing to unnecessary & unwarranted expenditures that come with maintaining status issues.

Following this KE members Adrian D’Souza, Roshan Crasta and Edward Rodrigues shared their experiences with the members present. While Adrian shared his vast experience of more than 25 years as a successful entrepreneur and explained how in spite of one being associated with top brands for several years, the brand owner’s sudden repudium, can change the wave from up to a downslide course in one’s business which has been depending for its business, on the said brand. Also he mentioned that if a business is not doing well, one must decide when to pull the plug, instead of continuously losing money on something that is difficult to revive and sustain.

Roshan on the other hand mentioned that if someone is inspired and has a strong conviction to get on to a start up, then he or she must give it a definite try. He sighted some real life illustrations on the same.

Edward showcased his business model on valet parking and mentioned how he was inspired to open his startup, despite rejections from near and dear ones , but at the end of the day, he managed to transform his idea into an award winning successful business enterprise that is getting popular by the day.

Post the above business owners making their respective presentations, Director Marketing at Sponsorship at KE, Arun Fernandes proposed the vote of thanks by thanking Fr.Manohar for providing the hall and facilities in the church premises as well as Melson & Anthony Saldanha along with other parish members, for coordinating the arrangements for the program over the past two months, to make it a big success. A word of appreciation and gratitude to all the speakers of the day, and especially to Pramod D’Souza who pivoted the entire program structure. Charles Gomes, the President of KE and the BOD of KE were thanked as well for their leadership under which KE has been conducting these honorary start up programs at different parish levels. Following this there was a brief felicitation program . There were about 135 members from the SVP parish who attended the program and their presence was well acknowledged.

The youngster from SVP Parish Youth Roshan Noronha compared the event. Breakfast and refreshments were served to all who attended. 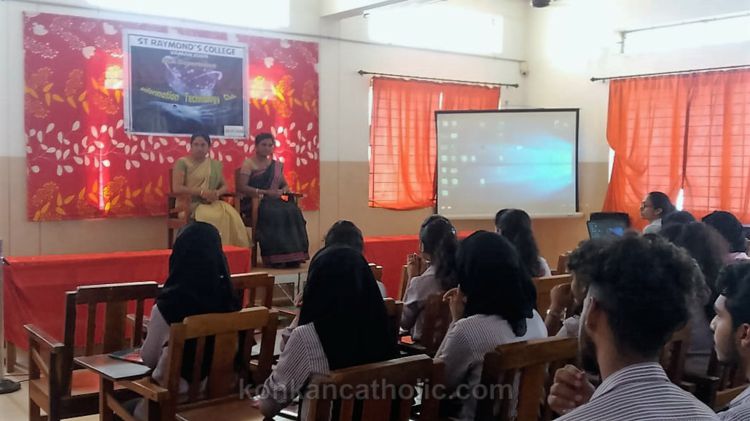