Bengaluru: The Federation of Konkani Catholic Associations (FKCA) celebrated FKCA Family Day with the Monthi Fest, at the Paalanaa Bhavana, Nandidurga Road, Benson Town, Bengaluru on Sunday, the 12th of September 2021. The FKCA was established as an Apex Umbrella Body of all Konkani Catholic Associations, was intended to espouse the cause of the Konkani Catholics and fight for safeguarding the interests of the community, their Language, Culture, and also to represent the Konkani Community at political and Government levels, has grown to be a reputed organization, with as many as 33 Associations, including those from several foreign countries affiliated to it.

The Archbishop Most Rev. Peter Machado was present at the celebrations and was felicitated by FKCA for his yeoman service to humanity and for his affection for the community. His grace spoke about the importance of the Feast of Nativity and the significance of the family gathering on the occasion. He also appreciated the charity events undertaken by FKCA, especially, FKCA’s contribution to help in the construction of houses for the poor and the charity work undertaken during the Covid-19 situation and also the Medical Aid provided by FKCA, along with donation of the Ambulance for a Hospital at KGF. The Archbishop specifically appreciated the FKCA Chairman Mr. Silvian Noronha for his ever willing generosity.

The day’s event commenced with the showering of flowers to Mother Mary and blessing of new corns at 9.30 a.m., followed by the Holy Mass which was celebrated by Fr. Faustine Lucas Lobo along with Fr. George Lobo, Fr. Gabriel Lobo and Fr. Richard Pais. The offering of Flowers and the Eucharistic Celebrations were also available on the FKCA Website www.fkcaglobal.com.

The liturgy and offertory arrangements were done by KONCAB Association and the melodious choir by the Palotti Church Konkani Choir, which were well appreciated by one and all. After the mass tea or coffee was served to those who were present for the Holy Mass.

On this auspicious occasion FKCA remembered Late Mr. A. V. Rego and Mrs. Irene Rego for starting the Monthi Fest 40 years ago in Bangalore. Mrs. Irene Rego was accompanied by her Son Mr. Anil Peter Rego, who were felicitated by the Archbishop.

The cultural Secretary Mrs. Anita Gomes organized the cultural events. The event started with a Powerpoint Presentation by Mr. Nigel Fernandes on the history of Monthi Feast and its importance. A Skit was performed by Yeshwanthpur Association. The compere Mr. Joyson Fernandes conducted spot games to keep the spirit of the group alive. Fr. Faustine Lucass Lobo organized a game called Human Housie which was intended to make everyone become familiar with each other involved all those present.

The Monthi Fest celebrations concluded with the vote of thanks proposed by the Vice-Chairman-2 Mr. Anup Saldanha. He thanked the Archbishop, the Celebrants of the Holy Mass, Fr. Cyril Victor, the in-charge of Paalanaa Bhavana and their staff for the online telecast of the Holy Mass, apart from providing us the hall and other facilities. He thanked all the Past Chairmen and Chairperson, Sponsors Mrs. Hilma Roach and Mr. Silvian Noronha, all the Presidents, Secretaries and Executive Committee members of the member Associations, Mrs. Clemence D’Silva for her efforts to provide and arrange the flowers. He specially thanked the office bearers of FKCA and the Executive Committee members. He did not forget to thank Mr. Sylvester D’Souza, the Chairman of Konkan Welfare Trust (KWT).

The day’s menu was totally in mangalorean traditional vegetarian style, served on banana leaf, provided by M/s Crystal Caterers owned by Mr. Antony Gonsalves, the Secretary – FKCA. Very interestingly the Archbishop and all the priests interacted with the crowd and had lunch together as a United Christian Family. The event was well attended physically by around 300 people and others virtually through the Youtube and FKCA Website. The day’s events were concluded with the distribution of the Blessed New Corn and Sugarcane to all the participants. 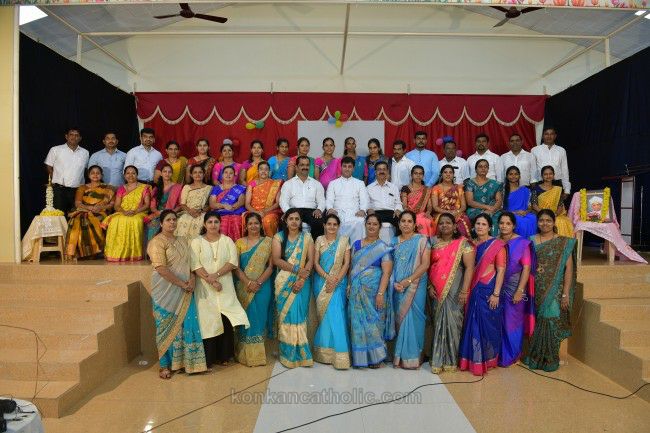 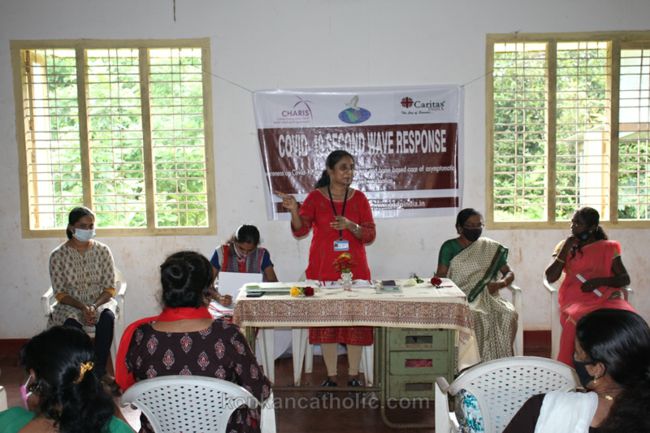