Documentary film on the Servant of God RFC Mascarenhas released

Mangaluru: The documentary film, on the life and the mission of the Servant of God Raymond Francis Camillus Mascarenhas and the Congregation he founded,  titled ‘On Wings of Love’ was released on March 4, 2021 at St Theresa’s School Hall, Bendur, Mangalore at 10.30 am.   Rev Fr Paul Melwyn D’Souza OFM Cap. Episcopal Vicar for Religious, Mangalore Diocese released the documentary and Rev Fr Vincent Monteiro, Dean, Episcopal City Varado and  and the Parish Priest of St Sebastian’s Parish blessed the gathering.  The Students of St Theresa’s School, Bendur led the audience into prayer.

The documentary produced by the Bethany Generalate, Mangalore was directed, videographed and scripted by Fr Edwin Vas SVD,   Head of the Communication Department, Ishvani Kendra, Pune.  It was coordinated by Sr Jyoti BS, Covener for Centenary Media and Publicity Committee, supported by the Generalate and the Sisters of the Congregation.

The Documentary aims at giving a glimpse of the birth, growth, call of the Servant of God Raymond Franacis Camillus Mascarenhas, as a priest,  his ideals to be a compassionate pastor and  his priestly ministry. His deep trust in the providence, prayer life, love for the Eucharist, Word of God, tender devotion to Mother Mary, St Therese, St Joseph, love and loyalty to the Mother Church.  His pastoral work for the poor, sick, rural people, women and children in the parishes,  his leadership in the parish, diocese, society, in education field, social service, financial service, as a literary figure, as an orator, as a missionary, a lover of the nature, the opportunities created for women and girl children for education and leadership in the church and society…

Secondly,  it portrays  the Servant of God as the Founder of an indegenous religious congregation of women with  discernment in prayer,  Bishop’s encouragement, the collaboration of the first four – Mother Martha, Sr Clare, Sr Gertrude and Sr Lourdes, the teachers of St Sebastian’s Primary School, Bendur, the elderly sisters and the trust of the people in the Founder.

Thirdly it highlights the Suffering, poverty, criticism, share in the passion of Christ both of the Founder and the Sisters. The deep trust of the Founder  in the Providence of God, patient perseverance amidst suffering, sickness and death of the sisters, expansion to Kerala, North Karnataka and  the missionary work in Belgaum mission…

The programme was presided over by  Sr Rose Celine BS, the Superior General and the President of the Bethany Educational Society who in her presidential address highlighted the salient features of the film.  The Documentary was reviewed by Mrs Mavis Rodrigues, Secretary, Bendur Parish Council and  Mr Richard Alvares, Teacher, Sacred Hearts’ High School, Kulshekar.    Convener of the Centenary Organising Committee, Sr Lillis BS, the Assistant Superior General welcomed the gathering and Sr Cicilia Mendonca BS, the Provincial Superior, Mangalore Province proposed the vote of thanks. 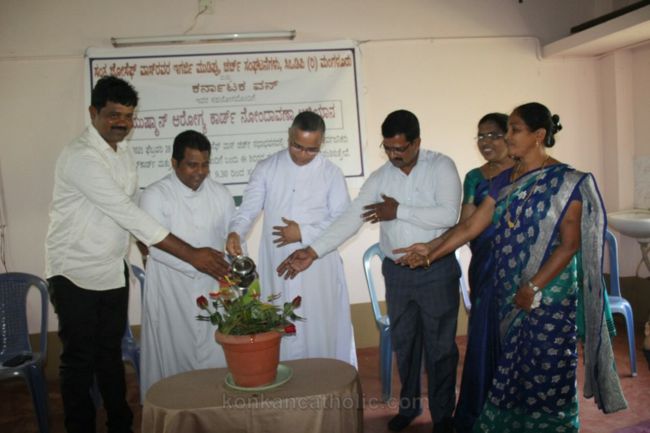 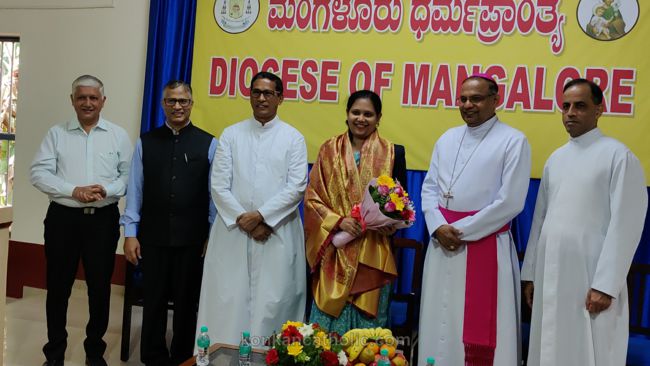