Fr Mathew Vas speaking during the occasion told “It’s my privilege to light the lamp and inaugurate this function along with 12 women Representatives of 12 Deaneries. In the recent days Women are treated equally and we have reached a height where ladies are the pillars of the society. Every women have their own capacity to achieve their goal in their own way and examples are the women who are present here today. He congratulated each and every woman who were present during the occasion.

Catholic Sabha diocese President Stany Lobo speaking during the occasion said “Ladies give birth and it’s our duty to thank each and every woman. Today my heart is filled with love and compassion because you have accepted our invitation and come over to this program. My wish was to get Sparsha D’Souza for this event and when I asked her to be a part of this program she readily agreed to come. I congratulate and thank everyone for accepting our invitation.

Sparsha D’Souza in her inspirational message mentioned that “A Women should break her silence and needs to find her place in the community in a male dominated society. The mind set and patriarchal views of Indian people which come from ages and women is confined to a place which has to be changed and only then the real fruit of laws would be ensured by a woman. Judiciary- Quality, Efficiency and Intelligence are key components of an effective justice system. I’m proud and privileged to serve humanity through the Judiciary. So I say to each of you “God can raise up leaders from unexpected Waters, He knows the future and is now preparing more leaders and be a part of his plan”.

Main speaker of the day Helen Nathalia lobo Income Tax Officer speaking during the occasion told “Catholic Sabha is one of the most reputed association of our society because their motto is to reach out to the needy and serve the deserving, Today from our community there are a very few people serving in government sectors and politics which is a very sad thing. So I request whoever is below 30 years of age who are present here to go through the employment news a newspaper which is released every week refers to the paper which guides us regarding government sector jobs. Mothers who present here when your child reaches high school put in their mind about government sector jobs so that they try and attempt for government jobs”.

Guest of the function Fr Roque D’Sa in his speech “Congratulated all the ladies who are present here for the program and gave his special wishes to the women who got felicitated and extended his greetings to Catholic Sabha Mangalore Pradesh. He asked Who is the pillar person of a house? A husband goes to work, works day and night, earns money in order to run the house. Children go to school, they study, they fight with parents, they ask for money, break things in the house, do mischievous things but it is a mother who understands and forgives her child because she has love and a kind heart towards her family .In a family a woman is a most ideal person. They are God’s shadow of Love. Concluding his speech he described a “WOMAN as W-Wonderful Wife, O-Outstanding Friend, M-Marvellous Daughter, A-Adorable Sister and N- Nurturing Mother”. 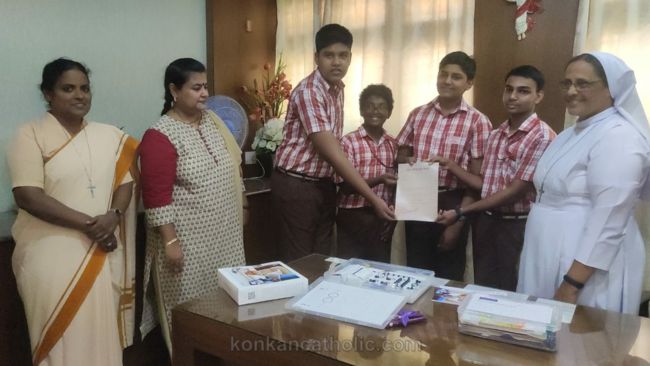 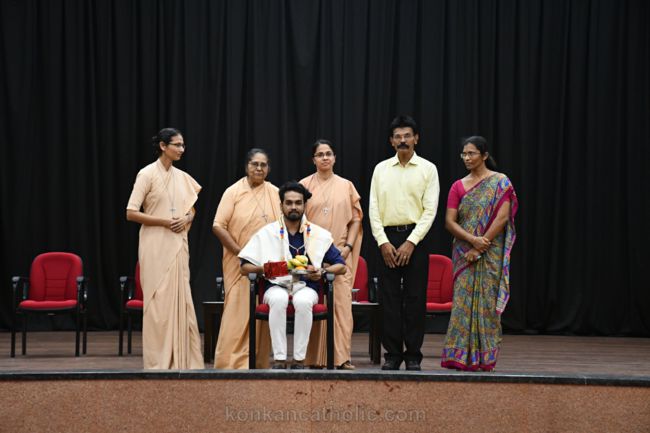