An Echo of Yester Years – The Apostolic Carmel – KONKANCATHOLIC.COM

An Echo of Yester Years – The Apostolic Carmel

It was November 19, 1870 when the flame of “Carmel for the Missions” was passed on by our Foundress Venerable Mother Veronica of the Passion to burn brightly on the Indian soil.

To commemorate this historical event, on 18th November, the founding mothers and the members of the congregation who are enjoying their eternal joy were fondly remembered with a requiem Mass celebrated by Rev Fr Archibald Gonsalves OCD. Thereafter, a Prayer Service was conducted in the cemetery during which Sister Nirmalini, the Superior General, Sister Agatha Mary the former Superior General, Sister Maria Karuna and Sister Shamita the Provincial Superiors of Southern and Karnataka Province laid wreathes on the graves of Superiors General.

The 19th of November dawned with an intonation of Te Deum sung in every community for the Morning Prayer. A Thanksgiving Mass at the Cathedral offered by our dear Bishop most Rev. Peter Paul Saldana along with 60 other priests added joy and festivity to the event.

The Superior General of the Apostolic Carmel Sr Nirmalini in her message urged the sisters to go down the memory lane of 150 years in gratitude to the Almighty and to leap into the future with a commitment to the least and the lost. Bishop most Rev. Peter Paul Saldana in his message applauded the noble work of the Apostolic Carmel Congregation, with a special mention of how their mission of educating girls in India has worthily contributed towards the upliftment of the society.

The cultural programme had in it, ‘an Echo of the Yester Years’ which was enacted powerfully and sentimentally through a musical drama. The dances portrayed culture and traditions of the places touched by the pioneering sisters who spread the Carmel Mission. The angelic voices of the choir kept the audience still and spell bound. The narrators were at their best, synchronizing the role, the music and the acting of the play.   Sr Linet DSouza proposed the vote of thanks. The jubilee anthem composed by Sr Clarice A.C and sung by the choir at the end was another beginning to the next mile stone of Carmel Mission leading towards new hope, new light and new direction. Sr Dorothy DSouza A.C compered the programme. 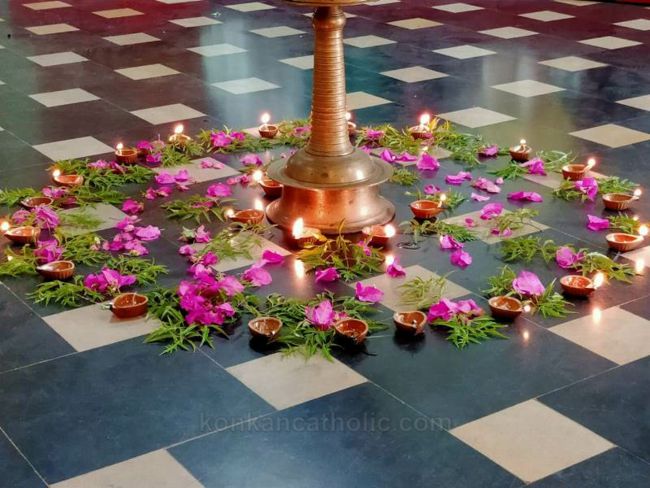