Mangaluru: The National Cadet Corps is one of the biggest youth organizations in the country. The aims given to the organization include developing qualities of character, courage, comradeship, discipline, leadership, secular outlook, a spirit of adventure and sportsmanship in addition to the ideas of selfless service among the youth to make them better individuals, better human beings and ultimately an asset to the nation who would contribute positively towards nation-building. It also provides a suitable environment to motivate the cadets for joining the armed forces which is one of the most challenging, yet most satisfying career options available to the youth in today’s scenario.

Towards this aim, the 06 Karnataka Air Sqn NCC, Mangalore conducted its Annual Training Camp for the Senior Division/Senior Wing NCC cadets to impart the required training to the cadets from 20 Oct 21 to 29 Oct 2021 at St Joseph Engineering College, Mangaluru. A total of 103 cadets from the three institutions, namely St Aloysius College, Alva’s College and St Agnes College, took part in this camp. The camp was led by the Commanding Officer of the squadron, Wg Cdr Chandan Garg.

The purpose of the camp was to provide quality military training to all the participating cadets. The training for all the cadets used to begin early morning every day. The cadets needed to wake up between 0400 hrs to 0430 hrs and make themselves available for Physical Training/health run between 0545 hrs to 0645 hrs. This was followed by a two hours drill session from 0800 hrs to 1000 hrs. From 1030 hrs to 1330 hrs, there were lectures on various topics that included NCC common subjects, special aviation-related subjects like Principles of flight, Airframes, Instruments, Meteorology, Airmanship, Navigation. Also, there were guest lectures on many informative topics like ‘Right to Information (RTI) Act’, ‘Career opportunities in Civil Services and Armed Forces’, ‘Gender Equity’, ‘Traffic Rules and Regulations’ by the Dept. of Traffic Police, ‘Snake handling and Snake bites’ by a reptile expert, ‘Wildlife conservation’, ‘Fire and Safety’ by Fire Department and ‘Impact of Insects in Ecosystem’. A few special topics also were covered by the Associate NCC Officers of the Sqn; these included ‘Orientation and demonstration of HAM Radio’ and ‘Aero-model flying’ by Fg Offr Parveez Shariff BG and ‘Emotional well-being’ by Fg Offr Hithakshi. All these guest lectures were covered by eminent speakers who are masters in their respective domains. The cadets also participated in Clean India Campaign and cleaned the surroundings of the campsite. The cadets were also given an opportunity for public speaking wherein the cadets spoke on varied topics and shared their NCC & Camp experiences.

The cadets were also exposed to the firing of 0.22 rifles wherein they practised firing on fixed target at 25 yards range and some got a chance to fire the 12 bore rounds with double-barrel guns wherein they aimed to hit a moving target.

During the camp, besides the routine of various training activities conducted all through the camp, competitions were also undertaken in various disciplines like 0.22 firing (grouping), 0.22 firing (application), Individual Drill, Contingent Drill, Written exam on special subjects, General Knowledge and current affairs. There was an Inter-flight Volleyball Championship wherein all the cadets participated enthusiastically and the spectators cheered their teams to perform their best.

The cultural values were also encouraged by keeping the cadets engaged in informal cultural gatherings every evening wherein they practised and then performed in various events like Solo Singing, Solo Dance, Group Singing and Group Dance. The aim of undertaking all these competitions was to promote a healthy competitive spirit that encourages all cadets to perform better in every sphere of their lives.

Based on various activities, the best cadets were selected from both Senior Division (SD) and Senior Wing (SW) category and also the best flight in team events as well as overall best flight. The prize for overall best Senior Division cadet was awarded to Cdt Manish N Bhat and the best Senior Wing cadet was awarded to Cdt Anusha J, both from St Aloysius College, Mangaluru. The trophy for the best flight was won by Flt ‘A’, St Aloysius College.

During the camp, Col AK Sharma, Group Commander, NCC Group HQ Mangalore, also visited the campsite. He inspected the training activities and facilities being extended to the cadets in addition to interacting with them.

On 28 Oct 2021, the valedictory ceremony was conducted at Kalam Auditorium in which the Director of the institution, Rev. Fr Wilfred Prakash D’Souza was invited as the Chief Guest of the event. During the valedictory, the cadets performed spectacular cultural programmes representing the motto of the NCC, ‘Unity and Discipline’.

The squadron made it a wonderful experience which proved to be a healthy mix of quality training and moments of learning and enjoyment for all the cadets. These ten days spent by the cadets at the Training Camp will certainly leave them a better person, a more aware and involved individual who will prove to be assets to the nation in the times to come.

After rigorous training of ten days for the cadets and wholehearted efforts by the squadron personnel, the camp came to an end on 29 Oct 21. 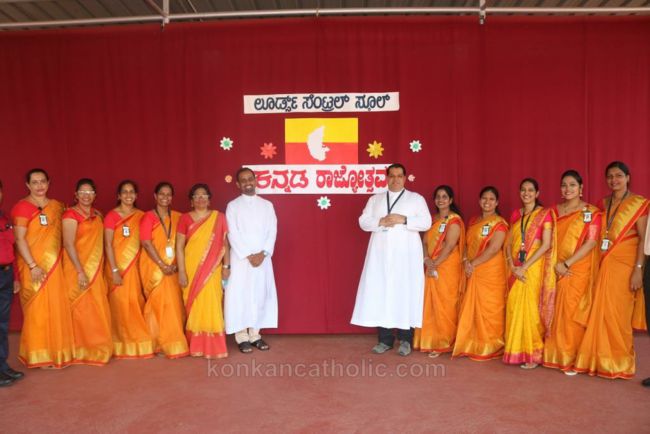 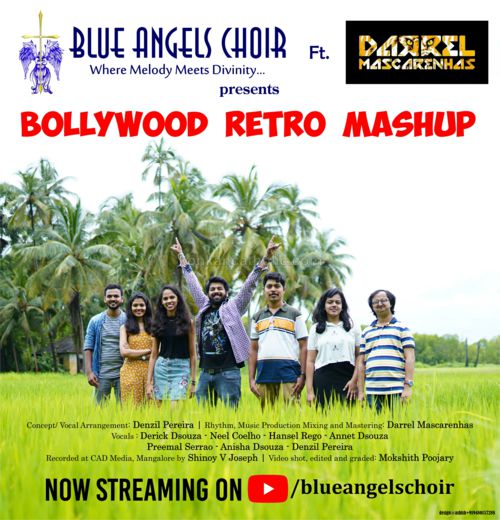