The Diocese of Mangalore Felicitates Catholic Members of Grama Panchayats

The Vicar General of the diocese Msgr Maxim Nornha, the chief guest of the function, greeted the elected members. He said that  the position of the members of the Panchyaths is not bed of roses, to retain the seat for the next   5 years and above the members have to work hard and to reach the people as many times as possible. He appreciated their zeal and enthusiasm to serve the people at the local level of Panchayats.

The Bishop of Mangalore honored all the elected members with a Shawl, copy of the Indian Constitution, and a New Testament. He said that we are given many rights and duties in our Constitution. Every   member must know his or her basic rights and work accordingly for the betterment of the people. The elected members of the Grama panchyaths must keep in mind that they were given an opportunity to render your service to the community. He also said that they must be available to their people of their grams in all circumstances. In the absence of Dr Ronald Colaco the Philanthropist and NRI the chief guest, the Bishop thanked him for his generous contribution toward the community. He also recalled the good news of European International University conferring professional doctorate on Ronald Colaco. And he offered his best wishes to him. He also honored the Chairman of the MCC bank for their generous contribution. The Bishop appreciated the imitative of the Lay Faithful Commission and the Catholic Sabha for conducting the training and felicitation program.

The program was well attended by the local Cooperators, Town Panchayats members, and the members of Lay Faithful Commission and Catholic Sabha. The program began with the prayer song led by Anil Patrao and team. Mr Roy Castelino the PRO of the diocese introduced the trainer. Mr M.P Noronha the advocate, Mr Austin Peries, Mr Anil Lobo the Chairman of Mangalore MCC bank, Mr Joylus D’Souza the Chairman of State’s Christian Development  Board were present on the dais. Fr.J.B.Cratsa secretary to the Lay Faithful Commission, welcomed the guests and gathering with an introductory note. Mr Stany Lobo the president of the Catholic Sabha proposed vote of thanks. Mr Stany Alvares compared the program. The session ended with a fellowship meal. 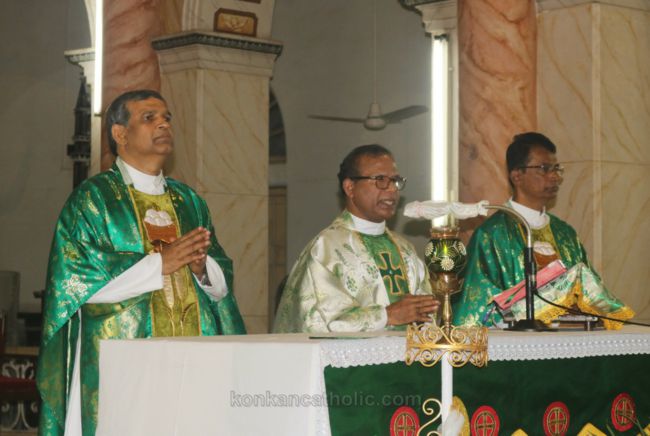 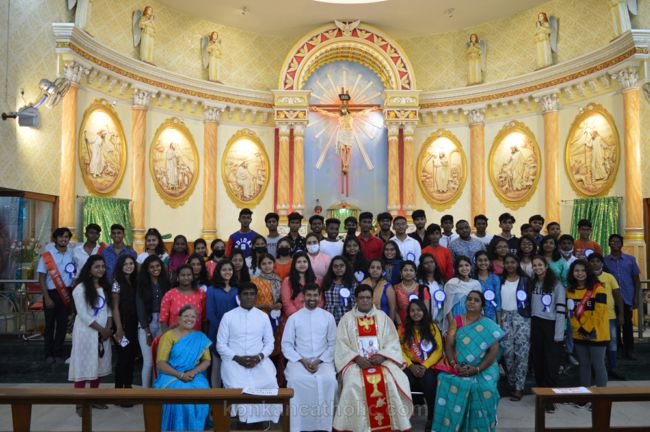