The protest pilgrimage began by gathering together at MPSM. Fr. Joel Noronha SJ, the Chief Coordinator of the protest and delegation to the Collector, welcomed everyone, briefed about the protest, its proceedings and invoked God’s blessings by reading a passage from the Gospel (Matthew 10:16-20) and praying the Lord’s Prayer together. All the necessary instructions and guidelines such as compulsory wearing of masks, social distance, etc. were given to all the participants keeping in mind the imposition of the Section 144 due to Covid-19.

The group upon reaching the pavement in front of the District Collector’s Office stood at a distance of 8 feet. All were holding placards and posters which expressed our concerns and demands for the release of Fr. Stan Swamy SJ and other human rights defenders. Fr. Lloyd coordinated the efforts of the silent protest. The police cooperated with all of us and even the bystanders. Many captured the protest in their mobile phones. News agencies reached the spot upon coming to know the event and interviewed a few of us.

A delegation of five members –Sr. Sagaya FC, Fr. Joel Noronha SJ, Mr. Francis Waghmare, Fr. Trevor Miranda SJ and Mrs. Anita Pagare – from the various representing institutions accompanied by two Secret Police and a cameraman met the Honourable Collector Shri. Suraj Mandhare (IAS). The Delegation represented the case and each member handed over the Memorandum for the release of Fr. Stan Swamy SJ and other human rights defenders. The Honourable Collector immediately signed each of the Memorandums and sent for dispatch in the presence of the delegation.

The silent protest pilgrimage continued from the District Collector’s Office. All the participants reached the Shrine of the Infant Jesus Shrine for prayer and adoration, to pray to the Lord for the release of Fr. Stan and those unjustly prosecuted. Fr. Paulraj SJ and Bro. Vivian Lopes SJ led the participants into prayer.WE STAND IN SOLIDARITY FOR A JUST CAUSE was a silent mantra of all. (Report by Sr. Sagaya FC) 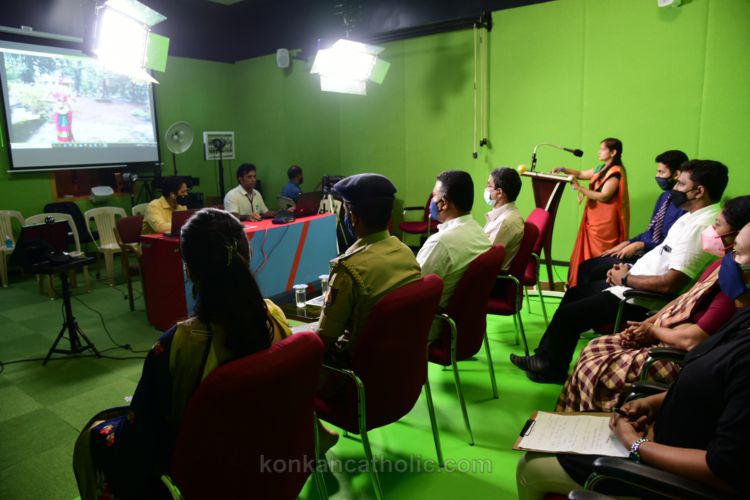