Mangaluru: Mount Carmel Central School, Mangalore celebrated the 73rd Republic Day with great exuberance on 26th January, 2022 on the school grounds. The Chief Guest, Sgt Yeshavanth Gopal Shetty along with the Joint Secretary, Sr Maria Anita, the School Administrator, Sr Carissima and Vice Principal, Sr Lidwyn Pinto were escorted to the flag post by the NCC Cadets of the school. The chief guest then unfurled the National Flag while the staff and students saluted the Flag singing the National Anthem.

The choir then sang to the melodies of “Vijayi Vishwa Tiranga Pyaara” pulsating a sense of patriotism in the atmosphere. The NCC teams of the school paraded with strength and zeal honouring the national flag while the chief guest Sgt Yeshavanth Gopal Shetty received the salute. The students then invoked God’s blessing on our country, to safeguard it and make it a kingdom of justice, equality and peace. The patriotic ardour was brought alive on the stage through a dance performance.

Teacher Lavita D Souza welcomed the Chief Guest Sgt Yeshavanth Gopal Shetty with a flower sapling, while student Mahati extended a hearty welcome to all the dignitaries on the dais and the audience. Further, Sgt Yeshavanth Gopal Shetty along with the other dignitaries honoured the architect of our constitution, Dr B.R.Ambedkar by garlanding his portrait.

The chief guest in his speech greeted the audience and appreciated them for being responsible citizens and partaking in the celebration of the Republic Day. He elucidated a personal anecdote on how he became a glider pilot and served the Indian Air Force for 16 years. Additionally, addressing the students in particular, he said “let us learn how to stand out, because when we stand out we will be an outstanding individual and citizen for this great country.”He later, quoted the book, ‘You can win’ and expressed how winners don’t do different things but they do things differently. He also motivated the students to join the Indian Army.

The vote of thanks was proposed by Dawson and Akshitha while Akshara and Pranav compered the programme.

The students of Grade VII had hosted a cultural programme prior to this day. The class wise competitions and cultural activities helped the students to value and appreciate the uniqueness of our Constitutions and pledge to uphold them always. 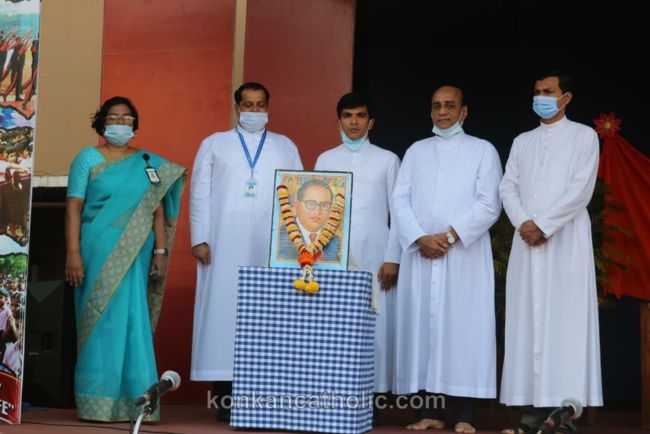 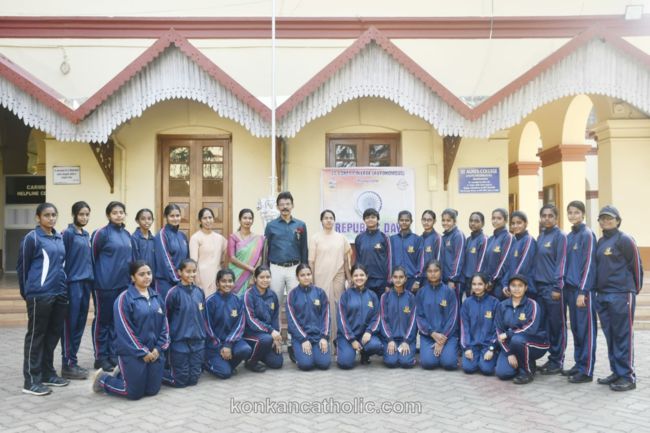