Mangaluru, Jan. 26: The dignitaries Rev Fr Wilson Vitus D’Souza Manager LCS, the Chief Guest Mr. Yashwanth Gopal Shetty, the Principal Rev Fr Robert D’Souza,Vice Principal Ms Belita Mascarenhas were escorted to the dais by the school band. The programme started with a prayer song followed by the welcome address and introduction of the Chief Guest Mr Yashwanth Gopal Shetty who is the Principal of Mangalore Institute of Fire and Safety and a former Aircraft Engineer in Indian Air Force. To mark respect to the nation the flag hoisting ceremony was held meaningfully and students showed their patriotism by singing the National Anthem with gusto.

The Father of the Indian Constitution Dr B R Ambedkar was remembered by offering floral tribute on this occasion. Ms Gowri Ravi gave the significance of the day and said that we should feel proud as the Constitution has given us our rights and privileges that we enjoy today and makes our life peaceful and harmonious.

The Patriotic song sung by the students of the Music Club kindled the spirit of patriotism in the minds of the entire Lourdite family.

While addressing the august gathering the Chief Guest greeted everyone on the 71st Republic day and congratulated the parents who made some time possible to be the part of this celebration. As he shared his experience he said he feels proud to hoist the Indian National Flag every year and also said that students should also show similar interest. He advised the parents to support the children to become responsible and learn the values of hardship so that they never fail in their life. He emphasized on honesty, punctuality and discipline.

Fr Manager gave his valuable message by saying that this year Republic day is special because we celebrate 150th birth anniversary of Mahatma Gandhi. He added that the values of democracy and constitution uphold the supremacy of India. This country belongs to each one of us irrespective of caste, creed and colour. He also said we have to live in harmony.

Towards the end of the programme words of gratitude were expressed and the Chief Guest was honoured by Fr Manager and Father Principal. 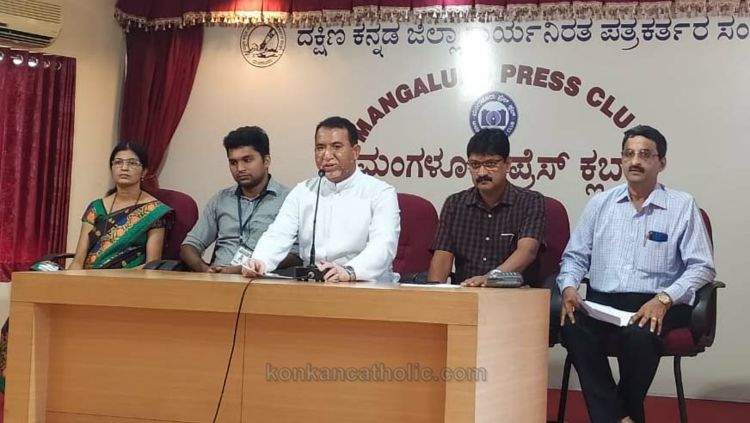 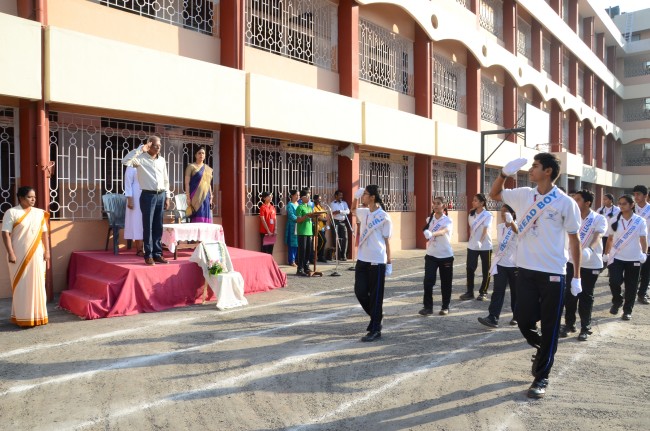