Qatar: Mangalore Cricket Club (MCC) celebrated Monti Fest 2020 virtually over Zoom on Friday, September 11th 2020. MCC has been celebrating the feast of Nativity every year with the sharing of new corns and blessing of the fruits of people’s labor through the annual ‘Novem Jevann’. The gloom of the pandemic did not hinder MCC to celebrate annual tradition Monthi fest but using the technology in its favour celebrated Monthi Fest virtually for the very first time with its Konkani speaking Mangalorean Community in Qatar and over the world.

Naveen D’Souza, General Secretary gave a brief introduction and welcomed all the members who had logged in. The celebration began at 05.00 pm with a solemn festal Konkani Mass celebrated virtually by Fr. Sunil Monis, a Carmelite priest who renders his services and resides in Divya Sadana, Geddhalahalli, Bangalore. The melodious choir for the Mass was led by Prameela Monteiro, Vivek Monteiro, Ullas D’Souza and Royston Lobo on the guitar. After the celebration of Holy Mass, Kavita Tauro, Cultural Secretary welcomed the online audience to the virtual cultural celebration. She then introduced the MC of the evening, Mr. Clement Fernandes, a well known singer and  winner of 6th Season Gulf Voice of Mangalore 2018.

The evening began with a rendition of a beautiful Konkani hymn ‘NamanTukaKartavSaibini in honour of Mother Mary symphonically sung by Vanessa Fernandes, Viola Monteiro and Lara D’Souza. They were trained by Namitha D’Souza.

This was followed by a graceful Bharatanatyam dance performed by Verina Mascarenhas. The audience were then entertained by asong composed by Henry D’Souza – ‘Tu Sopanngo Fantyachem’ proficiently presented by the singing couple Remy and Namita D’Souza. A virtual spot game was conducted for the audience wherein audience had to submit a family selfie taken in front of the altar and send by whatsapp to the no. provided. Among 14 entries received, Meena Mascarenhas family was the first to sendand emerged as winner. All family pictures with their beautiful altars were later displayed on the screen.

Fr Anand Castelino, Spiritual Director of Konkani Community in Qatar, then spoke a few words on the occasion and wished all members a Happy monthi fest. He recited prayers and invoked God’s blessings on the corn. He praised the club for bringing the community together to celebrate the feast as one family in spite of the challenges this year.

The cultural programme resumed with a spectacular solo dance by Renessa Banz who danced on a fusion Hindi song. A melodious romantic duet song ‘Hatant Gevun Moga Haath’ composed by Ajith Peter was sung by Vincent and Nina Fernandes. Royston Lobo and Viola Monteiro then rocked the stage with a ‘Cha chacha’ dance from the album Mogachi Laram by Vincent Fernandes.

In his address, the President reminisced his younger days of how the feast was celebrated back home. He took pride to say that MCC has been giving that same sense of celebration of the Nativity feast over the years although we are miles away from our homeland. He said that because of the pandemic, a physical gathering was not possible this year and so MCC took up the opportunity to celebrate this feast through a digital platform for the very first time. He acknowledged and thanked the services of all the doctors, nurses and all healthcare staff who served as Covid warriors during this pandemic. He specifically articulated that according to a database there are over 300 to 400 healthcare nurses from Dakshina Kannada and Udupi District alone which is a matter of pride.

The President extended his gratitude to all the trustees & members for their generous contributions by announcing that MCCQ Charitable Trust in its 3rd successful year has donated Rupees Three lakhs each during past years and in the coming years Rupees four and a half Lakhs will be dispersed yearly as Scholarships to the deserving students both from Udupi and Mangalore Diocese. He acknowledged the efforts of Cultural Secretary KavitaTauro who managed to organize this program in a short notice. He extended his gratitude to Naveen D’Souza and Renwick D’Souza who managed the entire technical aspect of relaying the program to all members. He also thanked all the participants for their efforts in practicing and performing a fabulous cultural program for the audience. He thanked Remy D’Souza for taking responsibility of recording all the vocals for the evening. In conclusion, he recognized the efforts put in by the Advisors, Executive Committee and members in organizing a virtual celebration of Monti fest successfully for the very first time.

The cultural program was then continued by a melodious hymn “Morie Krista Maye” rendered by 5-year-old Ariston D’Souza followed by a solo dance “Kalizguturguturkartha” by Alika Rodrigues.

A video message from Fr Pius James D’Souza, Carmelite priest, who was recently elected as Provincial Superior of the Discalced Carmelites of Karnataka – Goa Province and our local coordinator of MCCQ Charitable Trust was played wherein he gave his Monthi fest wishes, blessings and appreciated the efforts and services of MCC through its trust.

MC Clement then conducted second spot game requesting to send children photo dressed uplike Mother Mary within 3 minutes to WhatsApp no. Audience were very sportive and received good entries out of which best entry winner was Francia Menezes.Then cultural program moved on with yet another song from  Renessa Banz ‘Bebdo’ a famous Goan Konkani song composed by Chris Perry and sung by Goan nightingale Lorna.

MCC observed the tradition of honouring students of 10th & 12th Board exams and higher classes and Sports achievers.  Joyston D’Mello introduced the proud achievers who excelled in their academic studies scoring 85% and above in CBSE Board exams in the Academic year 2019-20 through a presentation along with their certificates.  All students will be presented a trophy and certificate later in person.

Cultural program continued with a duet song “Ye Moga Ye ThumGopanth Muja”by Naveen and Sonia Pinto from the album Mog Konem Dehkla by Anthony Tauro.  This was followed by a lively jive dance performance by Royston Lobo & Viola Monteiro to the song “Moganachonk Vochoyam” from the album Moga Savli by Dilraj Rodrigues. Another spectacular song “Suzzana” from the album Nashibanthlya Chedva composed by Roshan Belman was sung by Jeevan Rayan Ferrao.

This was followed by the third and final spot game of the evening. The audiences was asked to list down maximum Titles of Mother Mary and send it over WhatsApp within 2 minutes. Amith Mathias emerged as the winner by listing down 16 titles.

This was followed by a spectacular solo Fusion Konkani Dance performance by Jyothi D’Souza Noronha to the songs Whistle Maar, Guturgutur and Despacito. Royston Lobo & Prameela Monteiro rendered their melodious voices to a duet song “FantyasoSuryo” composed by Joel Attur.

Shaila Menezes, Joint Cultural Secretary, proposed the vote of thanks and extended her gratitude on behalf of MCC to all those who participated andcontributed for the success of this program.

The program ended with all the participants for an online photo session followed by the singing of ‘Laudate’. The program concluded with the melody of the brass band played for the audience to dance from the comfort of their homes.The President, Executive Committee andAdvisory committee members of Mangalore Cricket Club takes this opportunity to express their gratitude to each and every member for their virtual participation with over 90 viewers on Zoom and over 2.5K views on Facebook Live.

MCC takes this opportunity to thank the technical team for conducting the program professionally without any technical glitches. MCC is grateful to the efforts of each and every member for making this first virtual coordinated event a success. We invoke Mother Mary’s blessing on each member and your family.. May Mother Mary bless us all. 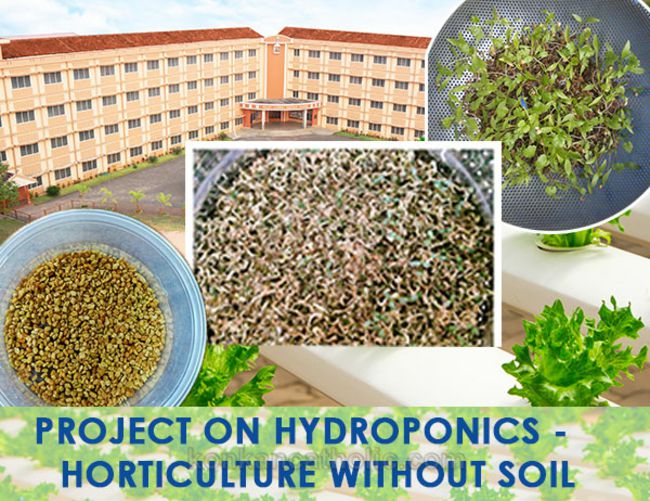 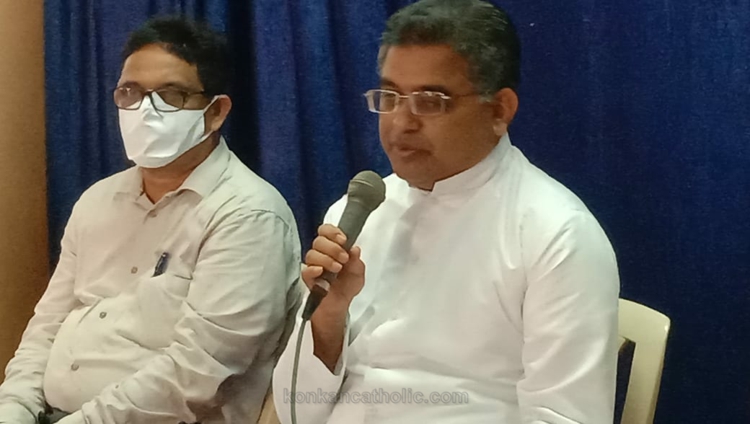