Mangaluru: To mark the 130th birth anniversary of Dr Bhim Rao Ambedkar, the founding father of the Republic of India, Lourdes Central School put up a short programme on 14th April, 2021 in LCS Grounds.

The programme commenced with a prayer song by the teachers to invoke God’s blessings. A meaningful thought for the day ‘Life is a collection of changes. So don’t avoid changes. Take every change as a challenge. Some give success and some act as a stepping stone to success’ was read by Ms. Vidhya Joseph.

Significance of the day was rendered by Ms. Lavina Serrao in English and

The Principal Rev Fr. Robert D’souza and Vice Principal Ms. Belita Mascarenhas along with PE Teachers paid a floral tribute to the Dalit icon and architect of the Indian Constitution.

Pledge was lead by Ms. Lolita Mascarenhas in order to honour and commemorate the countless contributions of Dr B R Ambedkar in making

The Principal Rev Fr. Robert D’souza spoke on the occasion and appreciated all the staff members who gave various inputs for us to contemplate and strengthen our values and ideals. He also said “Don’t wait for tomorrow but let’s start today. We have to be another Ambedkar by following his principles and values as this is needed for today’s society. Instead of blaming others, let’s raise our voices for the voiceless. This is the genuine call from Dr B R Ambedkar”.

The programme ended with the National Anthem.

In connetion with Ambedkar Jayanthi, General activities were conducted for KG I and KG II – Photo Frame Activity, for Classes I and II – Fancy dress on the theme ‘Father of the Indian Constitution’, for classes III- Essay writing on the topic ‘Contribution of Dr B R Ambedkar to the Society’, and for classes X and XII – Essay writing on the topic ‘Humans with Integrity make a Nation Strong’ between 6th – 10th April.  All the students took active part in all the competitions held and

E- Certificates were given to the prize winners by the class teachers. Virtual classroom programme was conducted for the students of classes KG- V. Students were briefed on the importance of the Indian Constitution by the subject teachers.  Ambedkar Jayanthi celebrated at Lourdes Central School was a grand success. All were inspired from Dr Ambedkar’s vision and values and resolved to imbibe his ideals in their lives. 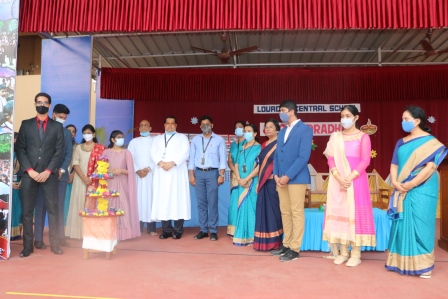 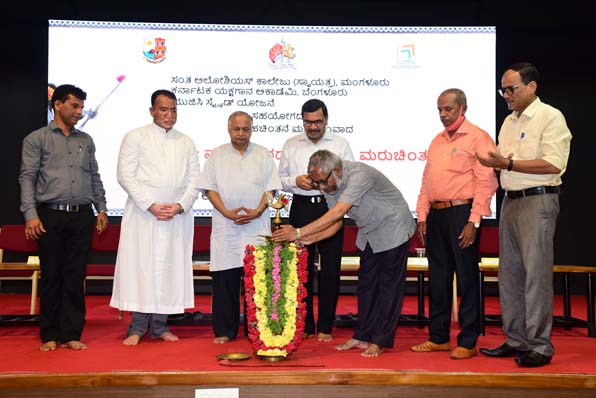