Konkani-Konkani-English-Kannada Dictionary to be released on December 20 – KONKANCATHOLIC.COM

Konkani-Konkani-English-Kannada Dictionary to be released on December 20

Mangaluru: Long cherished dream of the Konkani People of the Coastal Karnataka is expected to become a reality in the evening of 20 December 2019. Most Rev Dr Peter Paul Saldanha, His Excellency Bishop of Mangalore, in the presence of other dignitaries is expected to release the World’s first Konkani – Konkani – English – Kannada dictionary at St Anthony Charitable Institutes Jeppu. Bishop Emeritus Most Rev Dr Aloysius Paul Dsouza, Prof D. G Rao, Director Central Institute of Indian Languages Mysore and Prof Aravinda Malagatti, Renowned Scholar and Thinker as well as the former chairman of the Karnataka Sahitya Akademy will grace the occasion.

Dictionary is an effective weapon for a language for its survival and fluent usage. If the users of a language have failed to compile or evolve a compendium of vocabulary in the form of a dictionary, they have failed the language and done a great injustice to that language. It is sad to witness quite a few erstwhile vibrant languages succumbing to slow extinction due to this significant lacuna.

The traces of lexicographic endeavors have not been very regular in Konkani and have not been very satisfactory. Fr Angelo Xavier Maffei, a Jesuit priest, made the pioneering work of compiling the first English-Konkani dictionary in 1883. It was printed at the Basel Mission Printing Press, Mangalore. Fr Maffei also came out with a Konkani-English Dictionary too. After Maffei, one of the significant works has been “Konkani English Shabd Sangraha” by Mgr Sylvester Menezes. Later Sri Anthony Saldanha prepared a Konkani dictionary. In the year 2004, Rev. Fr valerian Fernandes prepared a unique Konkani- English Vocabulary. Stephen Quadros came out with the pioneering English Konkani Dictionary in Kannada script in 2007. More than 25000 English words have been given their Konkani equivalents in this dictionary. In the year 2014. It was a huge work of 50000 head entries and first of such kind.

The Patha Darshini Seva Trust has now got ready for publishing the World’s first Konkani – Konkani – English – Kannada Dictionary. This work, apart from the synonyms, gives gender, tense, common form and cases of a term and other grammatical explanations needed. Homonyms and antonyms are also provided wherever applicable. In the usages, sentences mostly based on oral literature, Idioms, Phrases etc are given thus making this Dictionary a user friendly work.

Welcome to Konkani which is also going to be released during the function is a recall select vocabulary of Konkani; it is as such a first of its kind. This work gives Konkani equivalents for English words. The same are arranged into 40 sections. Each entry is in Kannada script as well as Roman script Konkani. Apart from that the entry is also given in International Phonetic Alphabets enabling the non native Konkani speaker to pronounce the Konkani words easily and thereby study this beautiful language. Prof Stephen Quadros and Dr Alwyn Dsa have compiled and edited this work. 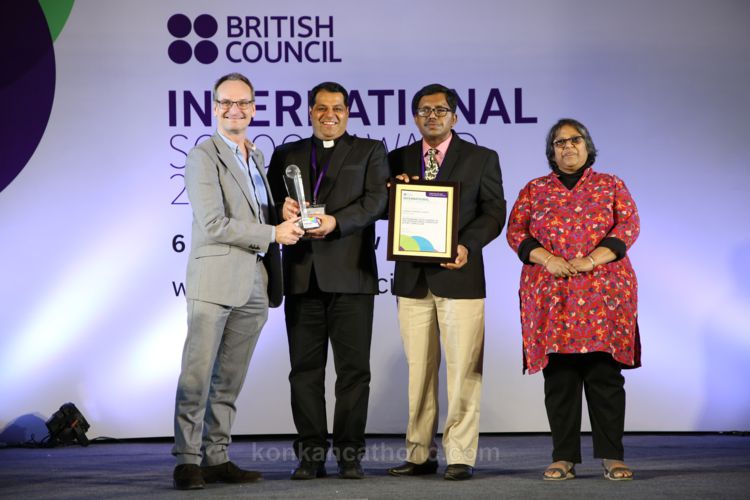