Mangaluru, May 30: Fr John Fernandes, a Senior Priest of the Diocese of Mangalore expired after a short illness on Saturday, 3rd July. He was 85.

Fr John Fernandes was born in Udyavara in the year 1936; He was ordained a priest for the diocese of Mangalore on 30th March 1963.

After his ordination, he served the Diocese as assistant parish priest in Bejai and Rosario Cathedral and Co-Pastor at Urwa Parish.  He served as the Parish Priest of Hosabettu (Moodbidri), Katapady, and Belman.

He did his Doctoral Studies at Innsbruck and Trier, Germany.\Later he served as the Director of Mangala Jyothi, Diocesan Biblical, and Catechetical centre. He was a professor at St Joseph Seminary Jeppu from 1994 to 2001.  From 2001 to 2011, he served as the Professor and Head of Chair in Christianity, Mangalore University. After his retirement at the age of 75, he was residing at the Senior Priests home, Jeppu Mangalore.

Fr John was known as a person of inter-religious dialogue. He was able to dialogue with the leaders of other faiths. For him, humanity came first rather than religion. He organised several programmes to unite people of different faiths and had a good relationships with the people in the society irrespective of their religion. 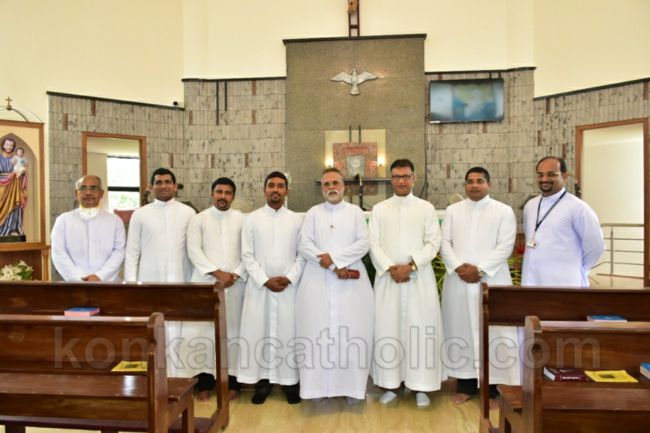