Mangaluru: A great jubilee of 75 years of the existence and service of the Carmelite Friars on Carmel Hill at Bikarnakatte was celebrated on 19 March, 2022, on the feast day of St Joseph after whom the house is dedicated. Along with Carmelite friars and faithful gathered, Rev. Fr George Santhumayor, Provincial of Karnataka-Goa Carmelite Province thanked the Lord in the Eucharist for the 75 years of abundant blessings in the presence of fathers from the length of our province. After the Thanksgiving Mass, a short programme was organized where the history of the monastery was recalled through a documentary.

Seventy-five years ago, the Discalced Carmelites of the Flanders Province in Belgium, who came as missionaries to India, approved the project of the new foundation in Mangalore and obtained necessary permissions from Rome on June 6, 1947. Rev. Fr. Hyacinth Vergote, a Belgian friar came to Mangalore from Goa in search of a suitable land to build a monastery. Rev Fr Marcel Vergote (brother of Fr Hyacinth) also joined for the same work a little while later. Initially both stayed at Mary Hill in the convent of Apostolic Carmel Sisters and later at Anjelore and purchased a beautiful hillock near Bikarnakatte, which commanded a panoramic view of the valley below. The property was at Bangera Padavu, near Bikarnakatte, about five kilometers from the city center. This was an uninhabited small hill, about three hundred and fifty meters above the sea level.

On 24-8-1953 the foundation stone was laid for the East-West wing of the monastery and the construction work was expedited. On 18-3-1954, Thursday, at 6 p.m. Rt. Rev. Dr. V.R Fernandes, Bishop of Mangalore, blessed the monastery. As the construction work was going on, Fr. Boniface and Fr. Herman Joseph worked at the site, clearing the land for construction and planted choice grafted mango plants in an orderly way. For the last not less than seventy years these plants have yielded plenty of delicious mangoes.

From the year 1955, every year a few boarders, especially those with inclination for priesthood, were kept at the monastery as boarders. This house now served also as a minor seminary for this region of the province and for some mission dioceses like Varanasi, Kolkata, Jamshedpur, Dibrugarh, Meerut and Shillong.

One event noteworthy in the year 1956 was the placing of the statue of Infant Jesus of Prague, imported from Europe. A burning oil lamp was kept 24 hours at the statue. When the new church was built in 1996, this statue was transferred to the new church, where it remains to this day. Another statue was brought and kept in the old chapel. The devotion to Infant Jesus has been steadily growing and people from far and wide have been visiting this shrine, especially on Thursdays, the day of novena, on which day nine masses are celebrated in Konkani, English, Kannada and Malayalam. The devotion to Infant Jesus, begun in 1956, now with its annual grand feast in January, has been steadily growing. This devotion has been one of the reasons why the Carmelites are better known in Mangalore.

Therefore, in order to commemorate this great event, a newly built platinum memorial clergy residence was blessed and inaugurated by Rev Fr George Santhumayor and a platinum souvenir was also released by Fr Benny OCD from Kerala. Rev Fr Charles Serrao, superior of the monastery welcomed the gathering. The event also included a prayer dance by Remona Evette Pereira and Shravya B S. The brothers sang a song composed by Rev Fr Alwyn Sequiera which praised the significance of the day. The superiors who had served in the monastery were honoured. The Chief guest Rev Fr Rudolph D’Souza and honorable guests Sr Shamitha, Provincial of AC and Mrs Josephine, from Angelore, at whose house the early friars stayed. A skit was performed by Maand group to entertain the audience. The event was compered by Fr Rudolph Pinto and the vote of thanks was given by Fr Rovel D’Souza.

Today, the monastery being the centre for prayer and spirituality, also serves as the housing for the brothers who aspire for priesthood. Every friar staying here based on their personal capacities and Carmelite zeal serve the society in various ways possible. Friars of this monastery are actively engaged in preaching, listening to confessions round the clock, counselling and are available for anointing and prayer at hospitals. They also usher the prisoners through Prison Ministry of India, Mangalore unit and reach out to the catholic readers with Konkani monthly, Naman Ballok Jezu while also catering to the faithful with spiritual talks and various programmes through Carmel Kiran Youtube channel. 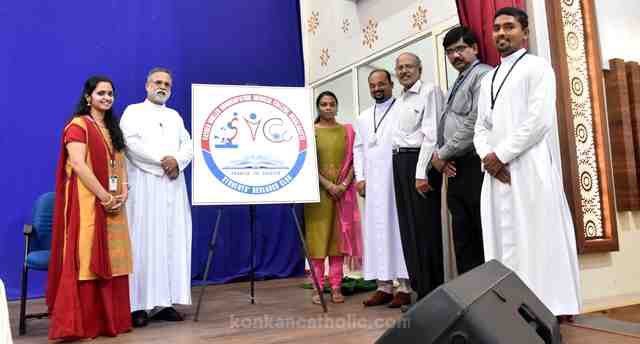 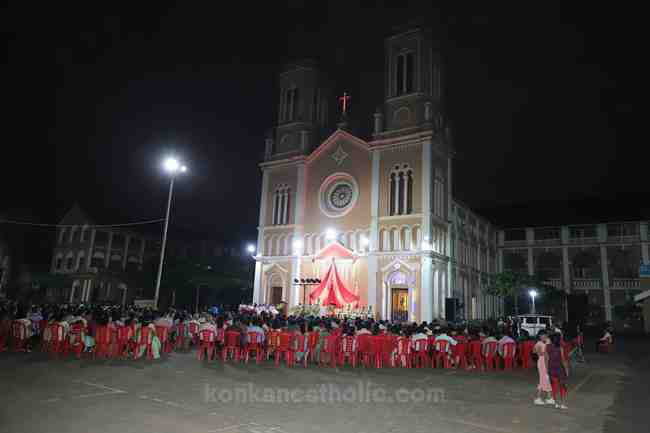